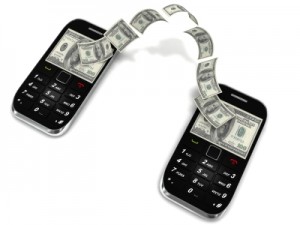 Pardon the rant, but… With the recent news that AT&T is doubling their wireless activation fee from $18 to $36, I just have to ask: Why do cell phone companies charge activation/upgrade fees?

The simple answer, I guess, is “because they can.” AT&T’s excuse is that they’re just covering their costs. But why not just charge more for the hardware?

Presumably they’re trying to stay ahead in a race to the bottom. Just like airlines who charge extra for checked bags, they want to keep their advertised prices as low as possible while still padding their bottom line.

Perhaps the most frustrating thing about these fees is that they typically apply to both new activations and upgrades. In other words, every time you go in for a new phone, you’ll get smacked with the fee.

Yes, I understand the economics. Wireless providers are eating part of the cost of the hardware to get you to sign up. That $200 iPhone you just bought? They probably lost around $400 when the moment they sold it to you.

But don’t feel too bad for them… That $400 investment gives them the right to charge you upwards of $100/month for the next 24 months. That $36 upgrade fee? Icing on the cake.

To be fair, AT&T isn’t alone in charging these fees.

Sprint also charges a $36 upgrade fee, and T-Mobile charges $18 for upgrades. Verizon, on the other hand, comes out on top. Yes, they charge $35 to activate a new line of service, but there’s no upgrade fee.

Unfortunately, these sorts of fees have become a part of the wireless landscape, and I suspect it’s only a matter of time until Verizon caves and starts applying their fee to both activations and upgrades.

While you can ask to have these fees waived — sometimes that works — you’ll also need to keep them in mind when comparison shopping between carriers.

32 Responses to “Why Do Cell Phone Companies Charge Activation Fees?”