I ran across an interesting site called the Political Compass the other day. The motivation for this site is the realization that there is more to personal beliefs than the left/right axis. Rather, they argue that we need to look at things in two dimensions â€“ economic and social. They underscore their view by arguing that, when looking at things from the economic perspective alone, it’s difficult to distinguish between Gandhi and Stalin. This site includes a short (3-5 minutes) survey which is used to generate a rating of your economic and social views. So how do I rate?

First off, here’s an illustration of the rating system: 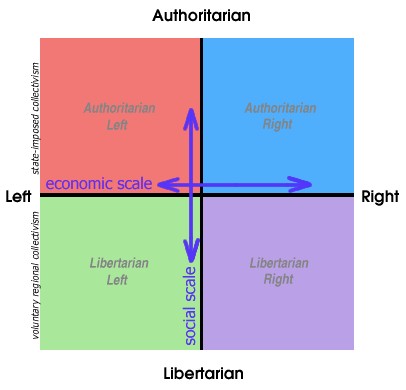 When I completed the survey, I ended up economically left-leaning (-4.63), and slightly libertarian (-1.18), which sounds about right: And, for the sake of comparison, here is how a variety of political luminaries are thought to rate: 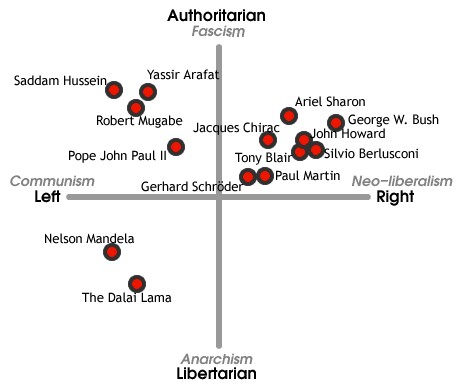 Note that these rankings are not based on the survey, but rather on an interpretation of their likely answers based on an analysis of their public statements, speeches, etc.

I’m curious to find out how others rate.

One Response to “Where Do You Stand?”