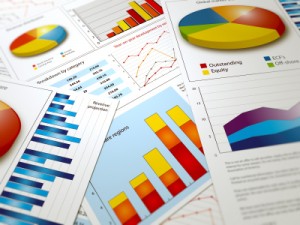 In the wake of the Facebook IPO, many of my finance geek friends were decrying the event (and the attendant media kerfuffle) as terrible for individual investors. The problem, went the argument, was that “knowing” Facebook as we all do, and hoping some of the riches of the company’s founders would rub off on us, many individual investors would rush into the stock on its IPO day, without really understanding the risks.

“Legalized gambling, it is, with the proceeds floating mostly to the people who already have more money than they know what to do with, ” said a friend.

Indeed, I saw this IPO much as I saw some of the big public offerings of 1998 and 1999, when I was in business school and in the position to do nothing but watch stock prices tick up and down on the big screen. One of our professors, famous stock market pundit Jeremy Siegel, actually had all the market data and some prices for major stocks on the screen behind him at all times.

So while we were listening to Finance 622 lectures, we watched YHOO climb to $500 a share. We knew it must be a bubble. But it seemed the “exuberance” would never end.

Not long afterward, we all stood outside the Au Bon Pain in the basement of the finance building and watched the markets plummet on the TVs that hung from the ceiling there. Today, Yahoo!’s stock is (split adjusted) about 15% of its high. It does sound like a gamble.

So when do you know?

Beginning to invest in individual stocks is a little like falling in love. Before it happens, you’re always wondering how you’ll know. And then when you do, you’re pretty sure you’re crazy, but who cares! Adrenaline is coursing through your veins! I think we can all see how the analogy could keep going here: either you’ll live happily (richly) ever after or you’ll end up broken-hearted (broke).

It doesn’t have to be like that, though. You can approach this like a Vulcan: almost without emotion. Here’s how I would think about investing in stocks:

Once you’ve checked all these boxes, I have faith that you’ll be smart enough to stay away from friends’ recommendations (where I failed) and hot media darlings and risky fly-by-night ventures (again, my failing, a story for another day). It’s a great idea to start with large-ish, established companies; it’s also smart to begin by investing in stocks whose business you know intimately.

I invested in eBay after having been forced by my job to study it deeply. I invested in Starbucks after having written about the stock nearly weekly and visiting my local ‘bucks often. I invested in Apple after I became friends with several iPhone/iPad app developers and bought my own suite of Apple products. (These are not recommendations to buy; I’ve sold some of these holdings completely, and Apple is really expensive right now!)

You’re not going to listen to me, are you?

Let’s say you’re like a teenager whose mother has told her, “you’re too young to fall in love, dear.” Let’s say you’re like me and always think you’re too smart to follow “regular people” advice. (Even though I just told you how wrong I was.) There is something for you; companies like Sharebuilder where you can invest a small fixed dollar amount every month in a group of stocks. Say, $40 in Company A, $40 in Company B, and $20 in Company C. It’s a great way to get your feet wet, using a conservative proportion of your overall savings, without as much risk of losing money by trying to game the market. (Remember, even professionals rarely beat the market.)

Also, it encourages the habit of buying and holding; a strategy I prefer for beginning investors and, well, experienced investors too; because it’s how Warren Buffett makes his money! When you have small amounts of money, transaction costs — brokerage fees — will make it very difficult for you to make any profit if you were to decide to buy and sell frequently.

Note from Nickel: I’ve been at this for awhile and have a pretty sizable nestegg, and yet I don’t own a single share of company stock. As I’ve noted in the past, 100% of our stock and bond holdings are in broad index funds.

8 Responses to “When to Invest in Individual Stocks”