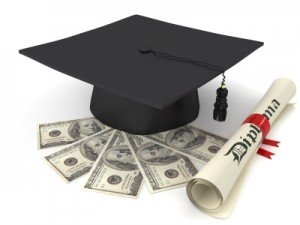 Earlier this week, I ran across a study from the Georgetown University Center on Education and the Workforce. The primary goal of this study was to estimate the economic value of various college majors, and the results were quite interesting.

One of the big takeaways from this study is that college graduates can expect to earn 84% more over their lifetime (on average, of course) than someone with nothing more than a high school diploma. But what about difference between majors. Surely some degrees result in higher earnings than others. Right? Right.

Here are the ten majors with the highest median annual earnings:

And here are the ten majors with the lowest median annual earnings:

Some other general findings were that Liberal Arts and Humanities majors tend to end up somewhere in the middle of the pack, with a median annual income of $47, 000. Also, there are still clear racial and gender gaps in most fields.

For example, even in a highly specialized field such as Electrical Engineering, African Americans earn $22, 000/year less that Caucasians and $12, 000 less than Asians with the same major. As for gender differences, there is a tendency for women to hold degrees in lower paying fields, but even in higher paying fields such as Chemical Engineering, they earn $20, 000 less than their male counterparts.

What about graduate degrees? The good news is that a graduate degree does add to your earning potential, though the extent of this effect depends on your field of study. The largest gain is in the general areas of Healthcare and Biology, with the lowest gains coming in Atmospheric Sciences, Studio Arts, and Petroleum Engineering.

Finally, what about finding a job? The fields with the highest likelihood of finding employment include Geological and Geophysical Engineering, Military Technologies, Pharmacology, and School Student Counseling. At the other end of the spectrum are Social Psychology, Nuclear Engineering, and Education Administration and Supervision.

Okay, now it’s your turn… Did earning potential influence your choice of major? Are you actually working in a field relevant to your undergraduate education? Have you sought out graduate training? If so, was it worth it? Please share your thoughts in the comments.

15 Responses to “What’s Your College Degree Worth?”