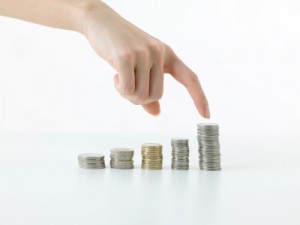 Earlier this week I ran across a story about a guy named Danny who uses a coin jar to supercharge his savings. Whenever he spends cash, he makes a point of not using his change – and when he receives additional change, he collects it in a jar back at home before taking it to the bank.

I’m sure we’ve all done this to a certain extent, but Danny managed to save $723 over a seven month period by doing this. To be fair, Danny lives in Canada, where there are no one dollar bills. Thus, he gets a lot of “loonies” and “toonies” (one and two dollar coins) in change, which help to supercharge his change jar.

Given our general distaste for dollar coins here in the States, you’d have to spend an awful lot of money to pile up change at the same rate that Danny does. After all, given that their smallest bank note is currently the five dollar bill, he might get an average of $2.50 in change from a typical transaction. In contrast, an average American would receive something closer to $0.50/transaction.

Anyhoo… This got me thinking about how I (and all of you) handle my (your) change. The way I see it, there are a handful of options for dealing with coins, including:

As for me, I used to save my coins in giant beer stein at home, and then periodically roll them up and deposit them in our savings account. I eventually got tired of dealing with all these coins, however, and have since started doing a combination of the first two things on the above list.

I hate carrying excess change in my pockets, so I typically dump my coins it into the cupholder in my car whenever I get them. I then make a point of grabbing out a handful and spending them when I need to hop out of the car and buy something – e.g., at a gas station, convenience store, or quick service restaurant.

In fact, I also keep a stash of dollar coins in the car so I can spend those, too. For those that are unaware, I bought a bunch of dollar coins from the US Mint to break through a reward tier on our Amex Delta card, and I’ve been gradually putting them into circulation.

Paradoxically, as much as I hate carrying around a big pocketful of change, I actually like the dollar coins. In fact, just last night I paid for takeout after my son’s soccer practice with a handful of dollar coins retrieved from my cupholder.

Admittedly, it takes me much longer to spend down my spare change now that I’ve quit drinking Diet Coke. In fact, I used to stop off for a fountain Diet Coke on the way to work on a daily basis, so I was spending my change pretty much as fast as it built up. But now that I’ve ditched soft drinks entirely, I feel much better – and my cupholder runneth over!

21 Responses to “What Do You Do With Your Spare Change?”