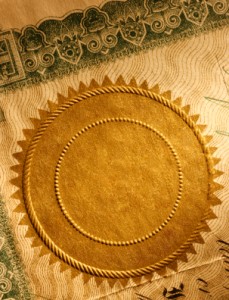 Two weeks ago, I wrote about the likely rates for Series I Savings Bonds staring in May 2011. At the time it appeared that the variable (inflation) portion of the rate would wind up being 4.60%. While the fixed portion was unknown, it seemed likely that it would remain at 0%.

This morning, I awoke to an e-mail from the U.S. Treasury confirming these numbers:

The earnings rate for Series I Savings Bonds is a combination of a fixed rate, which applies for the life of the bond, and the semiannual inflation rate. The 4.60% earnings rate for I bonds bought from May 2011 through October 2011 also will apply for the succeeding six months after the issue date. The earnings rate combines a 0.00% fixed rate of return with the 4.60% annualized rate of inflation as measured by the Consumer Price Index for all Urban Consumers (CPI-U). The CPI-U increased from 218.439 in September 2010 to 223.467 in March 2011, a six-month increase of 2.30%.

If you buy now, you’ll get the current annual rate of 4.60% for the next six months, followed by the six months at whatever the variable rate winds up being in November 2011, and so on. As for that fixed portion, well… It’s fixed, so it won’t ever change. Going forward, you’ll have to depend on that inflation component.

As for me, I’m still not sure how we’ll proceed. Given that we’re buying Savings Bonds for the long term, however, we don’t have much to lose by waiting until November to see if the fixed rate gets bumped up. If there wasn’t an annual purchase limit on I Bond, this would be less of an issue. But there is, so I’m leaning towards waiting to see what happens in six months before jumping in.