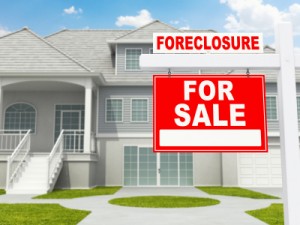 You’ve heard the cliché: timing is everything. Well, guess what, the cliché is true. When you know the best time to buy something, whether it’s a car or your favorite booze, you can save serious money.

Here are five examples of timing that can pay off…

Few retailers want to stock items that are not the newest version, so they commonly discount items that are soon to be replaced with newer versions. The most obvious example is automobiles — when new model year cars roll onto the dealers’ lots, the deals on the previous model get better.

You should keep a couple of things in mind regarding this, however. First, you’ll get much better deals on cars that are undergoing complete redesigns than on cars that are “carryovers, ” or just getting cosmetic touch-ups. Naturally, the dealer is going to have a harder time unloading the old version of a vehicle if the new version is way cooler. Second, the model year end doesn’t necessarily coincide with the calendar year end. New models usually show up in lots in the late summer or early fall, so time your old-model purchase correspondingly.

Of course, cars, aren’t the only items that get refreshed each year — designer clothing, popular athletic footwear, and video games are just three of the many items that quickly become obsolete once newer versions arrive in retailers.

2. When the sales period ends

Quotas and special sales bonuses are typical tactics for a company to motivate its sales staff, but these tactics also can equate to great deals for customers. Sales periods vary, but the end of each of month is typically a great time to haggle for a better deal on a new car, siding for your house, a new mattress, or just about anything that involves a commissioned salesperson. The last quarter of the year is also a great time for cars, appliances, or other durable goods that rely heavily on annual sales reports.

3. After the season ends

This one is obvious, but there are so many ways to take advantage of it that you may not have considered some. Examples: Buy winter coats, boots, gloves and such in late winter; holiday cards and decorations in January; patio furniture, pool toys, swimsuits, and other summer stuff in August; air conditioners in winter; wedding dresses in late fall and early winter; and gardening supplies and seeds in fall.

Sometimes these items won’t actually be on sale, but if you ask a store manager or owner about them and make a reasonable offer, she may be willing to sell. For example, if your local hardware store has enough space in the back to simply store Christmas lights, the owner may not bother putting them on sale after the season ends — but if you offer her half the original retail price for them in January, she may decide the money today is worth more than the potential sale next fall.

4.Whenever the seller is in a hurry

You’ve seen the line in real estate ads: “motivated seller.” This is code language for “make us any offer and you might get this house.” When the seller of anything is desperate, the buyer is likely to get a better deal. This is obvious in real estate — “mom got a great new job in Baltimore so we need to sell our house in a month” — but it could also be true in other settings.

The inclusion of “OBO, ” which stands for “or best offer, ” in an online or newspaper ad for something is a reasonably accurate signal that the seller is eager to unload whatever it is he is selling. A store that is going out of business is another example. The owner presumably does not want the merchandise sitting around when his lease runs out at the end of the month, so make an offer and see what you can get.

5. When the dust collects

Retailers know the “time is money” adage well, and they are keen to the fact that rapid product turnover is essential to profitability. So if you notice that dust is collecting on the boxes of toner your computer printer consumes, or the bottles of Scotch your father-in-law prefers, or the tubes of oil paint your teenage daughter creates with, see if the store manager will cut you deal on the whole lot of them, since they seem to be taking up more shelf space than they’re worth.

Timing is key to smart consumption, so before you run out and make your next big purchase, stop and consider if now is really the best time to do that. A little work with your calendar today could mean major savings tomorrow.

6 Responses to “Timing is Everything: Five Ways Timing Can Make a Difference in Your Bottom Line”