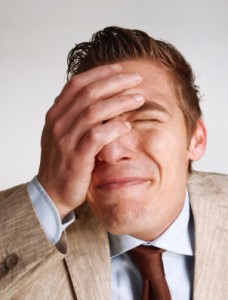 It helped that it was an interesting and challenging job, and so I took on a lot of projects with enthusiasm. Even when the inevitable problems and frustrations arose, I made sure never to complain. I developed a reputation for finishing tasks well before the expected deadline. Everyone was pleased, and I thought I was doing great.

Then came the promotion list — without my name, but with another coworker who joined around the same time. Since I was under the impression that I had exceeded expectations in every aspect, I was surprised. However, I thought about it and decided that may be I just had to work harder to impress my supervisors, make my work even better.

But the better I became at my work, the worse my work conditions became.

Slowly the challenging work started to reduce and the grunt work started to pile on my desk. The work that didn’t get done because no one wanted to do it started getting assigned to me. I had already set the bar high, so shorter deadlines became normal and I was expected to beat my own records.

What did I miss here?

I was doing a great job, but I never let anyone know how much I was accomplishing or highlighted how much my work had contributed to the overall bottom line of the company.

At the time, it sounded like boasting to me. After all they gave me the work and I exceeded their expectations in the quality of work and the deadline, so they should realize how good I am without me making it explicit, right?

My clients, who used the product and loved how easy it was to handle, expressed their pleasure, but when the compliments were passed on to me, I waved them away saying, “Oh, it was nothing.” I was a fool! As a result my supervisors and upper management never realized the amount of effort and late night hours I had expended in making it that way.

Essentially, I never owned up to my accomplishments.

I am not alone, a study from Columbia University highlights that men tend to exaggerate their accomplishments more than women.

What I learned from my mistake

In general, women, especially introverted women like me, don’t speak up. Studies show that 57 percent of male graduate students negotiated their salaries while only 7 percent of female graduate students did. I did not negotiate my salary when I took the first job. I had to face the repercussions of that even at my second job when they offered me a salary based on what I was already earning. I had to spend more time preparing to negotiate my salary than preparing for the actual interview. Women feel that if we do an extraordinary job we will be recognized. When we don’t get recognized we start to doubt ourselves.

Some of us need to be a lot more aggressive in getting credit for a job well done.

(1) Lets others know you didn’t just slack off and subtly shows how much thought and effort you put into the project.

(2) You will let them know that you can do more than what you are asked to. You have suggestions on improving the project, are ready to take on more responsibility and establish yourself as a person who takes the initiative.

A simple shift in my mentality has given me exposure I never had before. I still deliver the best possible results, but now, I also have a reputation for being the go-to person for any problem in my domain. I learned from my mistake never to dismiss my accomplishments and always speak up!