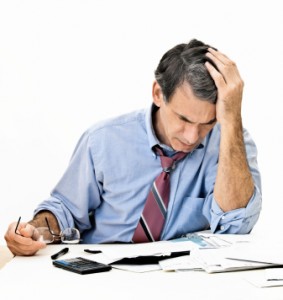 Over the past year or so, we’ve seen a lot of debate over the definition of wealthy. Much of this discussion has centered on whether or not individuals (or families) earning $250k or more per year are “rich” and should see their tax rates rise.

Without getting into the underlying politics, I think that one thing that most of us can agree on is that people with that kind of earning power are definitely not poor. Or are they? I recently ran across a story over on MSN Money that questioned whether or not $250k is enough to make ends meet.

For starters, I’ll just say this: Yes, $250k/year is clearly enough to make ends meet. As evidence, I offer the fact that less than 3% of American households earn that much, but most of use are getting by. I’d go so far as to say that if you’re earning that much and struggling, then you must be making some really bad decisions when it comes to managing your money.

And yet… When BDO USA, a national tax accounting firm, analyzed the finances of a hypothetical family of four (Mr. and Mrs. Jones and their two lovely children) living one of eight different locales, they concluded something entirely different:

It’s not exactly Easy Street for our $250, 000-a-year family, especially when they live in high-tax areas on either coast. Even with an additional $3, 000 in investment income, they end up in the red — after taxes, saving for retirement and their children’s education, and a middle-of-the-road cost of living — in seven out of the eight communities in the analysis.

They attribute these difficulties in large part to high levels of student loan debt, a pair of car loans, and a mortgage for 80% of the value of a “typical” home for a family of four. This “typical” home was a huge variable, as real estate prices varied widely across communities.

Taxes also take a big bite, and can vary widely based on where you live. And taxes aren’t the only thing that varies amongst locations. Other components of the cost-of-living vary widely from one locale to another, with groceries cost 72% more in New York vs. Idaho (for example). And those sorts of differences occur across the board in most spending categories.

Overall, the worst scenario included in the analysis was Glendale, CA, where Mr. and Mrs. Jones would wind up over $23k in the hole. Of course, this is a bit overblown, as the number crunching included $33k per year going into retirement accounts, and $8k per year in college savings. The best case scenario was Plano, TX, where the Jones family would nearly $5k left over at the end of the year.

What do you think about all of this? Is $250k enough to make ends meet? If anything, I’d say that this is a perfect example of why it’s so dangerous to try to keep up with the proverbial Jones’.

Don’t break the bank paying for college, scale back on your house to reduce your mortgage payment (not to mention property taxes and maintenance), resist the temptation to borrow money for new cars (much less two of them), and so on.

Like I said above, if you can’t make ends meet on $250k/year, then you’re doing something very, very wrong.