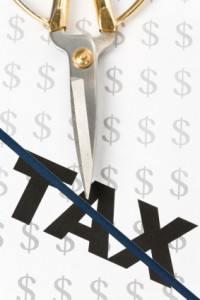 In case you haven’t heard, the House of Representatives voted yesterday to extend the Bush-era tax cuts into 2011, but only for individuals making less than $200k and married couples making less than $250k. The bill passed 234-188 with strong Democratic support.

Not only would income tax rates remain unchanged for those below the $200k/$250k thresholds, but those individuals would also retain a 15% tax rate on dividends and capital gains. At the high end, however, the top income tax rate would increase from 35% to 39.6%, with the capital gains rate increasing to 20% and dividends being taxed as ordinary income.

For their part, Senate Republicans have threatened to block nearly all legislation that comes their way until the tax cuts have been extended. It seems very unlikely, however, that this particular bill will make it through the Senate, as Republicans have vowed to filibuster anything that falls short of extending the tax cuts for everyone, regardless of income.

What do you think? Should the Bush tax cuts be allowed to expire? Extended for those below a certain income threshold? Or extended for everyone?

28 Responses to “Will the Bush Era Tax Cuts Be Extended?”