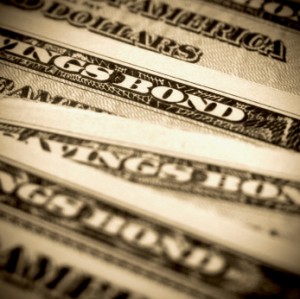 This is just a quick note to say that September inflation numbers are out, so we can now calculate the new Series I Savings Bond rates that will go into effect in November. I’ve talked in the past about how to predict Savings Bond interest rates. The short answer is this:

The I Bond rate is made up of two pieces: the fixed rate and the variable rate. The variable rate is pegged to inflation, and thatâ€™s the piece that you can easily calculate if you know how much the CPI-U has changed over the past six months. Simply divide the old CPI-U into the new one and you’ll get an estimate of the semi-annual inflation rate. From there, you just double it to estimate the annual change and add the fixed rate.

In other words, all I Bonds will receive a rate of 3.06% + the applicable fixed rate for the next six month period. For new issues, I would fully expect the fixed rate to stay at 0%, but we’ll have to wait until November 1st to find out for sure.

In other words, if it were me, I’d probably buy now instead of waiting. In fact, we did just that last May, when we bought our annual limit at the 4.6% rate. What about you? Do you invest in I Bonds? If so, have you already taken the plunge for this year? Or have you been waiting in hopes of a better (non-zero) fixed rate?