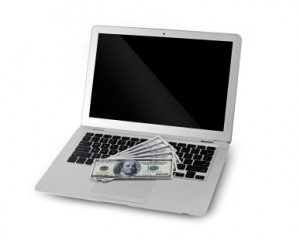 Do you have textbooks, video games, movies, or electronics that you no longer use? If so, you might consider selling them to Amazon via their new “Trade-In” platform. The service is still in beta, but it appears to be fully functional and some of the prices are actually quite good.

Here’s how it works:

That’s it, very easy. The primary advantage of this service is that it’s completely painless. Sure, you could sell your stuff on eBay, Craigslist, or even Amazon’s own marketplace, but with Amazon Trade-In you don’t have to bother with creating a listing, paying fees, waiting for bidders, dealing with unhappy customers, etc. And there’s no risk of getting ripped off.

On the downside, the prices are less than what you’d get on the open market, and you get paid in Amazon credit vs. cold, hard cash. Is it worth the tradeoff? That’s up to you. But when I searched, I find a couple of tempting offers.

For starters, I have an old iPhone 3Gs laying around from when I upgraded to the iPhone 4. When I searched for this particular model (the 32GB version) I was surprised to see that it listed for $243. Upon clicking through, I discovered that $243 is the best case scenario (for a “like new” phone with all packaging), and that my phone in “good” condition would fetch $194.

A quick look at eBay reveals that this model often sells for somewhere in the mid-$200 range, though many of those are jailbroken and/or unlocked and thus worth a bit more. Regardless, it looks like I’d have to settle for 20-25% less from Amazon vs. selling it to a private party. That being said, it’s still a tempting offer because it’s so convenient, and because we shop at Amazon enough that store credit is as good as cash to me.

The other item I check was our copy of Super Mario Galaxy, which has been sitting on the shelf since shortly after I bought it. Back when we first got our Wii, everyone was raving about this game and I found a deal on it, so I picked it up. But guess what? Nobody in our household like it, so it’s barely been touched.

I’ve been planning on selling it on eBay “one of these days, ” but here we are three years later and it’s still just sitting there. A quick check on Amazon reveals that it’s worth $20.25 in “good” condition. Once again, I could sell it for a bit more on eBay, but history shows that the chances of me actually going to the trouble of doing so are roughly zero.

In the end I decided to trade in the video game, though I’m still undecided on the phone (which our youngest son sometimes uses as an iPod). I’ll keep you posted as things develop…

6 Responses to “Sell Your Stuff to Amazon”