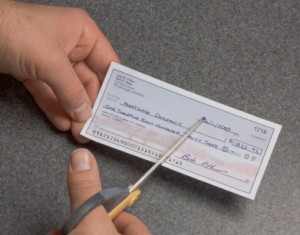 For now, we’ll set aside the debate over whether you should pay off your mortgage early or string it out and focus on investing. We’ve covered that topic extensively in the past so, for today, I’ll just assume that the decision has been made.

As before, I’d like to highlight the possibilities with a concrete example… Bob and Sue bought their home ten years ago using a standard $240k, 30-year fixed rate mortgage at 6.5%. Since then, they’ve consistently made their required payment of $1, 517/month (principal + interest), and their balance has dropped to $201k.

If they just keep on keepin’ on, they’ll be mortgage free in 20 years – at which time they’ll have paid a total of $278k in interest. Yikes! Once they see that they’ll pay more in interest than the original balance of their mortgage, they decide to get out of debt as quickly as possible. Unfortunately, their budget won’t support extra mortgage payments, so they’ll have to think creatively.

After shopping around, they find a 15-year fixed rate mortgage for 3.5% APR. Nice, right? Actually, that’s slightly above current mortgage rates, but it’s a nice round number, so let’s just go with it. And yes, I’m once again ignoring the costs associated with refinancing. Given that we’re using an above-market rate, let’s just say that they found a no-cost refinance deal.

Despite cutting the amortization time in half, their monthly payment will drop to $1, 437 thanks to that super low rate. And, of course, their mortgage will now be wiped out in 15 instead of 20 years. The cost? A little under $58k in interest on the new mortgage plus $134k in interest payments already made during the first ten years for a total of $192k in interest payments.

Wow! That’s $86k in savings, and they’ll be mortgage-free five years early. Not too shabby. But remember, they decided that they wanted to get out of that mortgage as quickly as possible, so why settle for a lower payment? Why not keep making the original payment, and apply the $80 monthly excess to their principal?

If Bob and Sue do this, they’ll save a little more than $4k over the straight 15-year scenario, bringing their total cost down to $187k in interest payments, for a total of $91k in savings. Plus, they’ll be mortgage-free about a year earlier, meaning that they’ve now shaved a total of six years of their mortgage.

All of this is possible simply because they refinanced to a lower rate (and a shorter term) while continuing to make their original payments. Of course, any additional money that they can scrape up and send with their payment will accelerate things even further, so it pays to look for corners to cut, or ways to earn extra money.