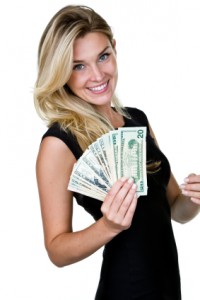 Years ago — during the first month of this site’s existence, in fact — I wrote about the fact that “good looking” people tend to earn more than others. In fact, they claimed there was a “plainness penalty” of 9% and a “beauty premium” of as much as 5%.

Given the above, it should perhaps come as no surprise that the National Bureau of Economic Research (NBER) has recently found that popularity also pays off. In fact, those in the top 10% in terms high school popularity (based on data from the Wisconsin Longitudinal Study way back in 1957) were found to command a 10% salary premium 40 years after graduation as compared to those in the bottom fifth.

Interestingly, they don’t ascribe this to any innate personality traits. Rather, they argue that those who know how to play the game in the high school tend to figure out what they need to succeed once they hit the workplace. Given the above, they suggest that schools might want to consider adding a social component to their academic training.

Of course, as with all studies of this sort, it’s very difficult to control for all possible explanatory variables. Nonetheless, it’s an interesting study with a very interesting result.

One Response to “Popularity and Earning Potential”