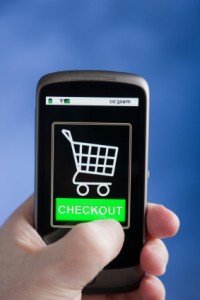 One of the reasons that many people love to shop online is that they can often get away without paying sales taxes. The reason for this is that companies without a physical presence (nexus) in a state aren’t typically required to collect sales tax.

This isn’t to say that you’re not supposed to pay tax on these purchases. In fact, if you make a purchase that would otherwise be subject to sales tax, you’re supposed to claim it on your state tax return and pay a use tax. But how many people do that? Not many. And states are starting to take notice.

According to a recent press release from CCH, 16 states have either enacted or proposed legislation to require online retailers to collect sales tax, or to “more strongly urge” consumers to pay their use taxes.

And the states aren’t alone in introducing this sort of legislation. Not long ago, the Marketplace Equity Act of 2011 (H.R. 3179) was introduced in Congress. This bill would allow states to require “remote sellers” to collect sales taxes, effectively ending the ongoing sales tax holiday that shoppers have been enjoying.

This bill, which has the backing of the Retail Industry Leaders Association, exempts “small sellers” with gross annual results of $1M or less nationwide, or $100k or less in a particular state from having to collect sales taxes. Interestingly, this bill has also attracted bipartisan support.

According to Rep. Steve Womack (R-AR), one of the bill’s sponsors, “The intent of this legislation is […] to close a long-standing loophole that puts America’s brick and mortar businesses at a competitive disadvantage.”

Rep. Jackie Speier (D-CA) added that “The death of small businesses on Main Street can be attributed in part to the consumers who will visit the store test out the equipment, get advice on products like TVs and computers and cameras and bicycles, and then find and buy the item online, sometimes right on their mobile phone while still standing in the store.”

Sound familiar? I’ve been known to comparison shop in just this way — though I’m typically interested in the significantly lower prices that are available online, not the lack of sales tax.

So when might we see the online sales tax loophole closed? According to Daniel Schibley, a senior tax analyst for CCH, “While it may not have significant implications for this holiday tax season, consumers should be prepared to start seeing sales tax collected on more and more of their online purchases in the years ahead as cash-strapped states look for more revenue sources.”

What do you think? Are you hoping to see a leveling of the playing field between online and real-world retailers? Or will you miss the ability to shop online without having to pay sales taxes?