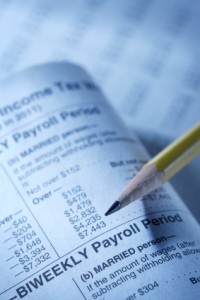 Over the past couple of years, you’ve been spoiled. You’ve had an extra 2% in your paychecks thanks to the payroll tax holiday.

Normally, you pay 6.2% in Social Security taxes. But during the past two years, you’ve paid just 4.2%. This was never intended to be a permanent tax break — in fact, it wasn’t even supposed to be in place last year — but there’s a good chance that you got used to the extra money in your paycheck.

Assuming that you’re earning the median household income (this was just a shade over $50k last year), you’ll be taking home a little more than $80 less per month in 2013. If you’re earning more, the difference will be bigger. At the Social Security ceiling of $113, 700, we’re talking about roughly $190/month.

If you’re lucky, you’ve received a raise that will offset the extra taxes. But if not, you’ll need to spend a little less or earn some extra money to break even.

Sure, $80/month might not be a big deal to many of you (it’s not for us), but for others it could make a noticeable difference. In such cases, you’ll need to sit down and figure out where that money’s going to come from.

Is there some discretionary spending that you can cut? Maybe drop your cable TV package (or at least reduce it to a lower level)… Start brown-bagging your lunch or otherwise eating out less often… Re-evaluate your cell phone plan(s) and other subscription services… And so forth.

If you’re already running a lean budget, you’ll probably have to look to the top line and find a way of earning a bit of extra money. I’ve covered a number of ideas for this in the past, so I won’t re-hash them here.

2 Responses to “Overcoming the Expiration of the Payroll Tax Cut”