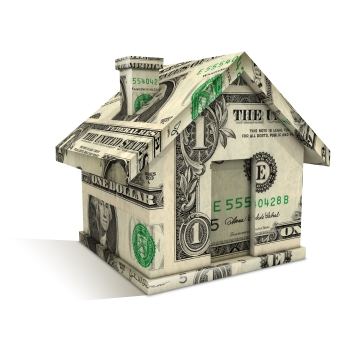 This is a guest post from Christian of Money Obedience. If you like what you see here, please consider subscribing to his RSS feed.

Mortgage rates hit bottom again at the end of last year, which is when we started the process of refinancing our mortgage – finally. (Note: Mortgage rates are currently at the lowest point of 2010). We called the bank, filed an application, and scheduled a visit with a home appraiser.

I actually studied real estate valuation a few years ago, but I still donâ€™t have a clear idea how home appraisers actually do their job. I get it if the house is in a subdivision or other sort of development and you have a few house sales that give you an idea where houses are selling. Even sites like Zillow.com get pretty close to the actual values of houses in such cases.

But our house is different. The first part was built in the 1850s, there were a few additions, and we’ve also done some major upgrades ourselves. Thus, the house is up-to-date, but it has the old charm that a McMansion simply does not have. There aren’t many houses like ours in our town, or even in the general area. The house and the property are just way too unique.

Valuing the things we own

When it comes to determining the true value of our own house, we’re at a major disadvantage. First of all, we’re probably not in a good position to tell you what it’s actually worth since we have an emotional attachment to the place. Second, we suffer from something called “divestiture aversion.”

Divestiture aversion makes us over-value the things that we own. We develop an attachment to these things and, just because we own them, we think that they’re worth more than their true (market) value.

I could argue that it makes sense for you to pay extra for a glove if Michael Jackson wore it at a memorable event. I wouldn’t go so far as to value them at nearly $50k (that’s just crazy!), but I can see how there might be some additional value attached to the King of Pop’s glove.

But what about my gloves? To me, their probably worth more than you’d be willing to pay for them. But why would I expect you to pay extra for them? Just because I, “Da Man, ” owned them? I must be some arrogant fellow, right? Alas, we all suffer from this “divestiture aversion” to some degree – it’s just part of being human.

The danger of over-valuation

If we donâ€™t get the value of such a big asset right, we can run into some serious financial troubles – see, for example, second mortgages, cash-out refinancing, etc. Overvaluing our homes can cause us to overestimate our net worth, and this in turn may lead us to make poor financial decisions that don’t make sense given our actual financial situation.

Worse yet, we may not be able to sell our house when it’s time to move, simply because our perceived value is too high compared to the actual market value.

I’m curious, what things that you own do you value highly? And how well do you think this value reflects the price an actual buyer would pay for that item?