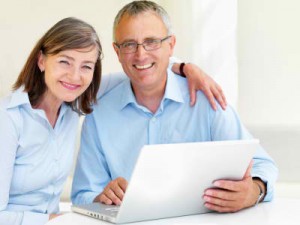 A brief history of life expectancy

As a side note, this increase in life expectancy is one of the reasons that many pension plans and Social Security have been struggling to make ends meet. In fact, Americans are living nearly twice as long in retirement as they did back in the late 1960s.

The above estimates, of course, are based on broad averages so they’re not all that accurate for any particular individual or situation. Moreover, they’re for newborns, so they don’t account for the fact that you’ve already survived for (say) 40 years, and thus are likely to live somewhat longer than average. What we need, then, is a tool for personalizing the prediction.

Guess what? I’ve found a great calculator for doing just that. It was put together by researchers at the Wharton School of Business at UPenn. It was actually created with life insurance in mind, but it works equally for getting a better handle on how long you might expect to live in retirement.

It’s pretty detailed, so it takes a few minutes to run through it, but it’s well worth the time. Here’s the link (or click the graphic, below). And here are my results:

Obviously, you can’t put too much stock in a point estimate like this, but it’s definitely informative.

Assuming that I retire at the traditional age of 65, I can expect to live roughly 23 years in retirement though, based on the lower and upper quartile estimates, it could be as short as 15 years or as long as 33 years. If I retire earlier, I’ll have an even longer post-retirement existence.

An important takeaway here is that retirement isn’t the finish line. Not only does your expected time in retirement govern how much money you’ll need to make it through to the end, but it also influences how aggressively you should be investing.

The general consensus is that you should invest more conservatively as you get closer to retirement. This makes good sense, as your time horizon will be getting shorter and shorter as time wears on. That being said, shorter does not necessarily equal short. Even once you’ve reached retirement age, you may have another 20-30 years (or more) to go before the bitter end.

In short, while you may not have time to recover from a stock market drubbing as you approach (or enter) retirement, you also have to be careful not to ratchet things back too far. After all, you can’t afford to get too conservative unless you’re sitting on an enormous pile of cash.

Anyway… I’m mostly just musing here. But I am curious to hear about your results. What’s your life expectancy? And, given when you expect to retire, how long will you be living off your portfolio?

13 Responses to “Life Expectancy, Retirement, and Your Investment Time Horizon”