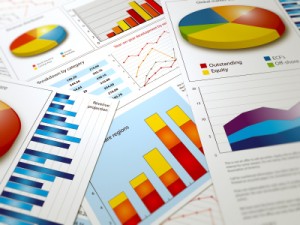 My timing is terrible, but then, you can’t help when you’re born.

I got out of college in the early 1980s, when the economy was struggling and jobs were hard to find. Things got better both for myself and the economy, and I spent much of the 1990s and early 2000s recruiting job candidates at a time when unemployment was low and qualified job seekers were hard to find. However, by the time my kids reached their 20s and were getting ready to go out into the job market, things had returned to pretty much the conditions I graduated into – a weak economy and high unemployment.

So, I’ve given a fair amount of thought to whether things today are worse than ever, or whether this is just all part of a cycle. It’s an important question – there’s a certain comfort in realizing you’ve been there before, as opposed to feeling like the economy is in a long-term nosedive.

So, here are six comparisons between today and a generation ago. Things are certainly different today – but not necessarily worse.

In short, some things look worse now, but some looked worse thirty years ago. The good news is that what happened after the bleak years of the early 1980s was improved growth later in the decade, then after a brief recession, a long stretch of growth in the 1990s.

One of the keys to the turnaround was a breakthrough, bi-partisan deal on tax reform. Perhaps today’s politicians will follow that example and reach a similar game-changing deal to address the deficit.

7 Responses to “Just How Tough is Today’s Economy?”