I’ve always hated the use-it-or-lose-it rule that governs flexible spending accounts. In case you weren’t aware, if you set aside money into an FSA and then fail to spend it by the end of the year*, you lose the money. I’m guessing that the goal here is to prevent people from stockpiling vast sums of cash, but it’s a horrible rule.

*Note: Yes, there is a 2.5 month grace period that extends into the next year during which you can make claims, but the actual spending needs to occur during the plan year. 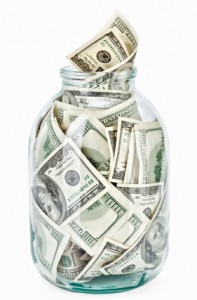 The one positive side effect of this rule for those who switch jobs mid-year is that they can potentially profit from their FSA. That is, you can pull money out faster than you put it in, so if you max out your FSA withdrawals and then leave your job, your employer is left holding the bag — but don’t feel too bad; they also get to keep any forfeited amounts.

*Note: Effective in 2013, there will be a federally-mandated cap of $2, 500/year (indexed for inflation) on FSA contributions. Previously, there wasn’t a hard limit, though most employers capped things at $5k/year.

Well, when the IRS and the Treasury Department recently announced details of upcoming changes to these so-called cafeteria plans, they also solicited comments on possible changes to the use-it-or-lose-it rule. Here’s what they had to say:

In light of the $2, 500 limit, the Treasury Department and the IRS are considering whether, for health FSAs, the position contained in proposed regulations that is often referred to as the “use-or-lose” rule should be modified.

The $2, 500 limit, while not addressing the “use-or-lose” rule, limits the potential for using health FSAs to defer compensation and the extent to which salary reduction amounts may accumulate over time. Given the $2, 500 limit, the Treasury Department and the IRS are considering whether the use-or-lose rule for health FSAs should be modified to provide a different form of administrative relief (instead of, or in addition to, the current 2½ month grace period rule). Comments are requested on whether the proposed regulations should be modified to provide additional flexibility with respect to the operation of the use-or-lose rule for health FSAs and, if so, how any such flexibility might be formulated and constrained. Comments are also requested on how any such modifications would interact with the $2, 500 limit.

If you’re interested in making comments, you should send them by mail to:

or via courier to:

to via e-mail to:

When contacting them about this, be sure to include an explicit reference to Notice 2012-40.