There are three kinds of lies: lies, damn lies, and statistics.

Given the huge amount of volatility in the stock market over the past year or two, I wanted to take a moment to remind you to be careful when evaluating investment claims. Whenever you look at a potential new investment, it’s very important to look at how the returns are being reported.

The problem here stems from the difference between the average of the annual returns and the compound annual growth rate (CAGR). For the mathematically inclined, the former is calculated as an arithmetic mean, whereas the latter is based on a geometric mean. 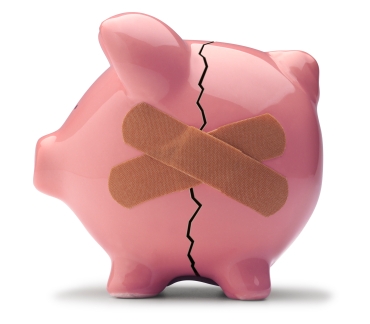 The underlying problem is perhaps best illustrated with a simple example…

Consider a hypothetical $10, 000 investment that suffers a 50% loss over the span of a year. Despite the carnage, you sit tight and wait patiently for a recovery. Good news! During the following year, things are looking up and your investment appreciates by 60%.

As anyone who has tracked their portfolio values of the past couple of years can attest, a 50% loss one year followed by a 60% gain the next year does not result in a profit. Sure, the “average” annual return is 5% per year, but your $10k dropped to $5k and then bounced back up to $8000 — a $2000 net loss.

This is where CAGR comes in.

In words, divide the final value by the initial value, raise the resulting value to the power of 1 over the number of years in question, and then subtract 1.

In the example above, CAGR would be estimated as follows:

That is, you would have experienced a compounded loss of 10.56% per year. For what it’s worth, the math works the same whether your investments go up or down. The only difference is that the CAGR will be positive in periods when you post a gain.

Of course, there are still some limitations to CAGR, as it only looks at the beginning and end points and then smooths out everything in between. Thus, it really don’t give you a sense for the volatility inherent in a given investment. It does, however, give you a much more realistic expectation of investment performance.

The good news is that mutual funds are now required to report their returns in a fairly standard (and accurate) manner. This does not, however, stop unscrupulous “advisers” from twisting the truth to make a certain investment look more promising. Investor beware.