Do you drink beer? Smoke cigarettes? Do you love your morning latte on the way to work? Maybe you really enjoy lunch out with your coworkers a few times a week?

Of course you do. However, these little habits may be costing you more than you think. More importantly, they could be doing serious damage to your financial future. 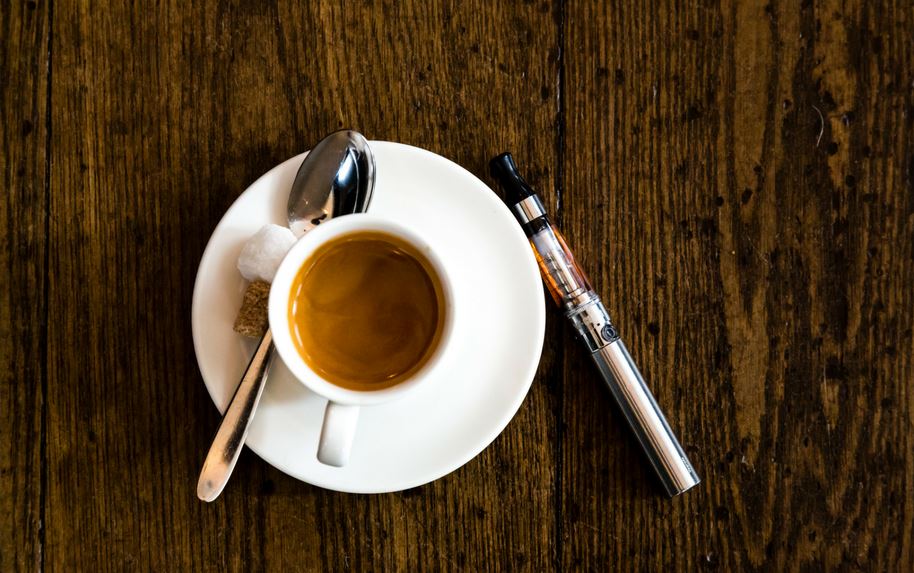 I’m not knocking your vices. We all have them. But many of us also make the mistake of not realizing just how much those vices actually cost us. Those packs of cigarettes and cups off coffee can really add up, and fast.

Calculating the true cost of your vices over the course of a year (or more) may help you put your habits into perspective.

Ever since David Bach wrote about the Latte Factor in his bestselling book, The Automatic Millionaire, gourmet coffee has been vilified by everyone from financial planners to frugality zealots. The theory is that instead of spending money on a daily latte, you could save a small fortune by brewing your coffee at home.

Granted, you’ll miss out on the ambiance, professional baristas, and other factors that go into your morning latte. But, with all the high quality coffee makers on the market — such as this one, which can even make cappuccinos with the touch of a single button — and the availability of an incredible array of coffees, home brewing has never been closer to the coffee shop experience.

While purchasing a cappuccino at your favorite coffee shop will set you back about $4 on average, brewing it yourself at home can cost you significantly less than $1 per cup.

If you were to brew your own instead of buying a cup of coffee on your way to work, your savings could be about $700 per year. And that doesn’t even factor in the savings associated with not picking up that blueberry muffin on the side or the extra bit of gas your coffee shop detour used.

Learn More About Setting a Budget

Energy drinks are the new lattes

Coffee is no longer the beverage of choice for today’s younger workers. Nowadays, young consumers are latching onto energy drinks, which seem to have enjoyed incredible growth in popularity since their introduction over a decade ago.

Despite having slowed to a modest 4% annual growth rate, according to Beverage Spectrum Magazine, the energy drink industry has continued to grow. In fact, it’s now an industry with $4.8 billion in annual sales. Products in this niche include energy shots and relaxation drinks, as well.

I never realized how much energy drinks cost until I saw the price of a case on the shelf at my local warehouse club. Energy drinks are far from cheap to purchase, with a typical price tag of $2 or more for a can. If you drink several cans throughout the day while at work, you’ll put a serious dent in your wallet — on the order of $1,000-$1,500/year.

Two packs a day can smoke your budget

When you do the math, the costs of smoking can really add up.

Even cutting back to one pack per day can significantly increase your cash flow. If you were to quit smoking completely and invest that $2,880 per year (and it grew at 8% annually for 20 years), you could amass over $104,000.

That’s one heck of a nest egg, especially when you also take into account the health, life insurance, and health insurance benefits to quitting, as well.

Related: How to Save Money on Life Insurance

Lounging around can be a double whammy

Are you a television addict? With all of the exciting new shows available today, and the ease with which we can access them (hello, binge-watching), it’s no wonder that Americans are watching more TV than they were 10 years ago. So, what does this mean for the budget?

Well, the more shows you get hooked on, the higher the likelihood that you’re paying for those channels or services. If you’re hooked on a prime time series (or seven), you’re probably forking over as much as $20/month per channel for access. HBO, Showtime, Starz… this can really ramp up the cable bill quickly.  On top of that, many folks also combine their cable with streaming services, such as Netflix and Hulu. (Of course, the really smart ones are finding ways to replace cable with these services.)

If you’re paying $100 a month for cable and streaming show access, you’re shelling out $1,200 a year just to watch TV! Ouch. Of course, this vice is also a double-edged sword.

As mentioned in the survey above, the average American is watching 2 hours and 46 minutes of television a day. That’s just shy of 1,010 hours a year spent plopped in front of the television. Imagine if you just devoted half of that time to working extra hours, establishing a side hustle or passive income source, or simply enriching your life by reading more books.

You could not only boost your budget by spending less on the TV bill, but you could also earn more on the side and lead a happier life!

Putting your vices all together

These vices can have a real impact on your finances when viewed separately.

Just think how much damage you could be doing if you add two or more of them together. For example, if you smoke two packs per day and stop for a drink at your local pub a couple nights each week, you could easily burn through several thousand extra dollars every year. The costs tend to sneak up on you before you realize it.

Do I really think that you’re going to give up on your morning coffee run? No, of course not. But I’m hopeful that you’ll at least be honest with yourself about how you spend your money. I know that I’m personally not saving enough for retirement, and I often justify it in my mind by saying that I simply don’t have enough money.

Resource: Does Your Budget Need a Tune-Up?

When it comes right down to it, though, the truth is that I’m choosing to spend my money on other things instead of saving it. Your vices can really become a budget buster if you’re not careful with your spending. Luckily, they also give you an easy place to start if you need to go bare bones for a while.

So, tell me: what are your vices? Have you done anything to reign in your spending on these things? Or have you decided that they’re worth the cost?

5 Responses to “How Much are Your Vices Really Costing You?”