This is a guest post from Adam Jusko, founder of IndexCreditCards.com, a credit card information site where you can compare credit card offers, including cash back credit cards. 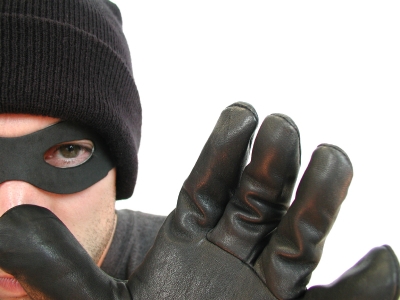 I recently visited a major U.S. city known to attract tourists. The following Sunday, my phone rang with an automated message from my credit card’s security department about potential fraudulent charges. They wanted me to call back immediately to confirm or deny the charges.

Still half asleep, I hung up the phone and decided to worry about it later. Half an hour later, the phone rang again, and although I let it roll over to voice mail, I checked the message to find that this time a real person had called about my credit card spending.

Hmmm, I thought… Maybe I should call them back.

So I did. After confirming my identity, they asked me to confirm some charges. The first charges mentioned were from the city I’d visited, but the charges were made that very day, while I was sleeping peacefully in law-abiding Cleveland, Ohio.

I denied those charges immediately, saying I’d been home for a week and couldn’t have made those purchases. Then they asked me an unlikely question:

“Have you been to Brazil recently?”

They weren’t in the mood for my banter. “Your card was used at a restaurant in Brazil, and for some sort of mobile phone service. You’re saying these are not your charges?”

“Do you have your card with you?”

Whoa! I never even thought to look! Had my card been stolen, or did I forget it at a restaurant or something? I’m rather absent-minded; it would be like me to do this.

Nope. I still had it with me.

“That’s strange, ” she said. “Usually you wouldn’t see these types of charges if the person didn’t have the card in hand. I’m going to shut down this card and we’ll send you a new one. Can I have your address, please?”

This is where I got paranoid. The woman on the phone had one of those nice, lilting voices you might imagine hearing while vacationing in the Caribbean. Exactly the type of voice a scammer would use to get my address and use my credit card! So I turned the tables on her:

“Why do you need me to tell you my address? You should already know it.”

“Sir, I need to confirm your address to send out the new card.”

“But, why? You already know my address. You send me a bill every month. How do I know you’re really the credit card company and not a thief trying to get my information in order to use my card?”

We went around like this for a few minutes, until she finally said, “Sir, you can either give me your address, or you can hang up and call the number on the back of your card to make sure you are really talking to someone from the company.”

Oh, she was crafty, this one. Using reverse psychology to try to get my address. Making me think she didn’t care whether I gave the address or not, to convince me that she really was legit and it didn’t matter whether I gave up the info. I wasn’t fooled for a second:

“Great. I think I’ll hang up and call the number on my card.”

And that’s exactly what I did.

Feeling pretty smug that I had thwarted international credit card thieves, I called the number on the back of my card… just to make sure.

Turns out it was true. Someone really had stolen my credit card number and attempted to use it in multiple locales, including Brazil. The woman with the lilting Caribbean voice was really on my side the whole time. Although one thing never was explained…

When I called the second time, they never asked for my address to send the card out; they just said I’d get it in the mail in a week or two. Which I did. And I never had to pay a penny for any of the fraudulent charges, even though the card company had the right to charge me up to $50.

(Most credit card contracts say this, but you will rarely if ever be charged anything for fraudulent charges, regardless of the card company you are with.)

Are there lessons to be learned here? I came away with these:

The bottom line is that my credit card numbers were stolen and I didn’t pay a dime. For all the stories you hear or read about identity theft, there is a strong anti-theft network behind the scenes working to thwart the bad guys. This anti-theft effort is what makes the credit system work as smoothly as it does, despite the occasional scary phone call from your card company on a sleepy Sunday morning.

16 Responses to “Fun with Identity Theft, or How My Credit Card Went Nuts in Brazil”