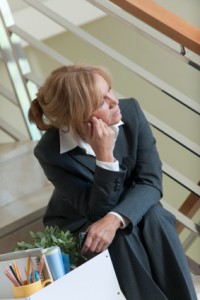 Talk about kicking someone when they’re down… If you’re currently unemployed, you’ll be disappointed to learn that an increasing number of job openings require you to be currently employed or you won’t be considered.

As bad as this sounds, this practice isn’t considered to be discriminatory because unemployment is not a “protected status” like age or race. Nonetheless, New Jersey has already passed a law making it illegal to bar the unemployed for applying for a job, and some other states are considering similar legislation.

What do you think? Should employers be allowed to weed out the currently unemployed when advertising for a job? Or should that practice be banned? As for me, I don’t like the idea in principle, but I do understand why employers would implement it. Presumably they’re trying to stem the tide of applications while trying to weed out the “damaged goods.”

Regardless of your view, since this is already happening, it’s probably best to protect yourself. You might start by sticking with the job that you hate until you’ve found a new position, rather than storming out before starting your job search. Returning to school is another good way to fill that time – and to improve your skillset.

13 Responses to “Finding a Job When You’re Unemployed”