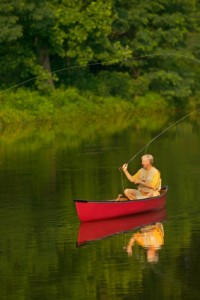 Okay, so the fact that I’m writing this proves that I’m not really retired. But I am semi-retired, and that’s even better.

I graduated from college during the early 1980s, during an unemployment environment that by some measures was even tougher than today’s. Like many young people, I wasn’t wild about working, but being on my own and unemployed was even worse. A phrase occurred to me which I’ve remembered all this time: the only thing worse than being employed is being unemployed.

Flash forward 30 years: After having found a great career in the investment business, I am semi-retired. It’s a wonderful situation. I work from home, have a flexible schedule, and only take on work that I enjoy. If neither employment nor unemployment is the ideal lifestyle, then perhaps semi-retirement is.

I’m now in my early 50s, and I’ve been working like this for over five years. How did I get here? The details of the path will be different depending on what career you choose, but there are five pieces of advice I can give for anyone who’d like to retire, or semi-retire, at an early age:

For all the common sense I think my wife and I have shown over the years, I also have to acknowledge that I’ve been very lucky. I joined a great firm at the right time, and was able to grow my career along with that company. Since leaving the investment business, I’ve been lucky enough to find interesting work with smart people.

In short, whether or not other people are able to retire early depends largely on the opportunities that come their way. Still, I think if you keep the above five points in mind, you’ll be able to make the most of those opportunities.

4 Responses to “Eyes on the Prize: The Path to Early Retirement”