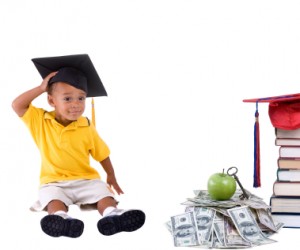 Guess what? According to the US Department of Education, the average tuition price tag at public four-year universities increased 15% from the 2008-2009 school year to the 2010-2011 school year. For the most part, these increases have been driven by cuts to state support for higher education.

The 15% average increase works out to an annualized rate of a little more than 7%/year, far outstripping inflation over the same period. The University of the District of Columbia (never heard of it…) led the way with a 123% increase.

Looking more broadly, states such as Georgia, Arizona, and California suffered the most, with tuition at numerous schools in those states increasing 40% or more due to drastic budget cuts at the state level. Schools in Puerto Rico also saw huge increases. You can dig through the data yourself here.

The good news is that the net price (i.e., the amount actually paid after grants scholarships are taken into account) increased just 4.6% nationally, so students haven’t been bearing the full cost of these increases. But still… When you project these costs out over time, it’s clear that college costs are increasing at a unsustainable rate.

For the sake of comparison, tuition at private four-year universities fared a bit better, increasing an average of 9.7% (6.1% net) over the same period. In contrast, tuition at public two-year colleges increase 16.6%, though the net increase at these schools was just 0.8%.

I’m not sure about you, but I find these numbers to be more than a bit troubling. As the father of four boys, we’ll have kids in college continuously for ten years starting four years from now. Yikes.