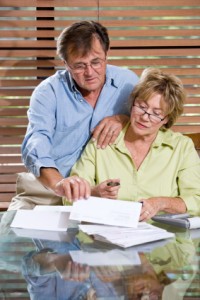 Earlier this week, I received a “thank you” flyer from AT&T for signing up for their for roadside assistance program. The only problem with this is that I never signed up for it. Curious as to what I was going, I logged into their site to check my bill — and boy, am I glad that I did.

After logging in, I discovered that they had added not only the roadside assistance to my cell phone bill ($2.99/month), but also the phone insurance plan ($6.99/month), and something called the “enhanced mobile protection plan” ($3.00/month). That’s a grand total of $12.98/month (+ tax) that I never authorized.

Needless to say, I was furious. These charges appeared to date back to January, when I upgraded to the iPhone 4S, but it’s hard to tell the exact dates. I dug up the contract from that day day and confirmed that I hadn’t inadvertently approved these charges, and then I jumped on the online chat with AT&T.

It took a little while to get everything straightened out, but they ultimately removed these extra services and I also got them to refund the previous charges. They offered no explanation as to how this might have happened, and never once apologized. In fact, at the end of the chat, the CSR pasted this lovely little nugget into the chat window:

It is the customer’s responsibility to review the monthly bill and advise us of any inaccuracies to our attention in a timely matter. You can review your detailed bill online by pulling up “My Paper Bill.”

Right. I know. We should regularly review our bills, but it really shouldn’t be my responsibility to ensure that they’re not just randomly adding charges to my account. Should it?

So… This all brings us to today’s point. While you probably shouldn’t have to do this, you need to get in the habit of periodically checking any bills that you have set to autopay. In the case of those that are paid through our bank, this is easy. Whenever I reconcile our account in Moneydance, I see the amounts and can tell if something is out of line.

As for credit card payments, I’m a bit more lax here. While I’d like to say that I scrutinize each and every bill line by line as it comes in, that’s often not the case. Rather, I often let this slide and then skim over several bills at once. Ultimately, this isn’t a huge problem, as most service providers are willing to adjust your bill at least 90 days back without too much fuss. But it’s easy to forget.

Had I not been paying attention, I could have easily wound up paying AT&T (and the government) somewhere close to $175/year (including taxes) for unwanted services. Not good. When you extrapolate over their entire customer base, these sorts of billing mistakes could be funneling a huge amount of cash into AT&T’s coffers.

Oddly enough, while I was checking my bill, I discovered another problem. This one can be traced back to when I called AT&T and asked them to reduce the cost of our home phone and internet service. While tinkering with our bill, the CSR somehow triggered a $14.95 monthly charge for our static IP address — which had previously been free.

Before you ask, no, we don’t really need a static IP address. But it was free, so I took it. I’m a sucker for free stuff. Well, apparently the plan that we ended up on after the discounts was incompatible with the free IP address. I doubt the CSR (who was very helpful) had any idea about this.

Regardless, that extra $14.95/month was eating up a significant chunk of the savings I had secured by calling. So… It was time to get in touch with AT&T again. Ironically, while you can get service on your cell phone account via online chat, you have to pick up a phone and call to get help with your DSL bill.

Once again, there was no explanation for how this happened (though there was at least an apology). After a lengthy hold, the CSR quickly removed the charges going forwarded and credited us for the charges that had already occurred.

What about you? Have you ever checked your bills and found mystery charges? If so, did you have any trouble getting things straightened out — and getting your money back?

10 Responses to “Double-Check Your Bills on a Regular Basis”