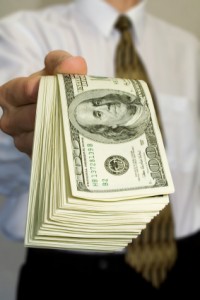 As a followup to my recent post about year-end tax moves, I decided over the weekend that we should start being more tax smart about our charitable contributions. As such, I’ve been exploring the possibility of donating mutual fund shares into a donor-advised fund.

For those that aren’t familiar with the concept, a donor-advised fund is an umbrella charity run by an investment company. You can make donations into an account over which you serve as an “advisor” and take an immediate tax deduction. You can then advise the company on how to invest the money, as well as how, when, and where to direct the funds in the form of a charitable grant.

One big advantage of a donor-advised fund is that you can use one to bunch your charitable contributions into a specific year even if you want to spread the actual donations out over time. This can help you maximize your tax savings while giving you time to make prudent decisions about

Another major advantage of a donor-advised fund is that you can use one to directly donate appreciated stocks, mutual funds, etc. even if your charity of choice isn’t set up to take such donations. The advantage of donating appreciated shares is that you avoid paying capital gains taxes on them.

I’ve outlined this strategy in the past, but you can essentially use charitable contributions to reset your cost basis. To do this, simply donate appreciated shares that you’ve held for at least 12 months* instead of cash, then use the cash you would’ve donated to re-buy more of the same investment.

Here’s a scenario to highlight what I mean:

A few years ago, you bought 1000 shares of a certain mutual fund (let’s call it XYZ) at $5/share. Thus, your cost basis is $5k. In the time since you bought it, the share price has doubled such that your investment is now worth $10k.

Further assume that youâ€™re looking to donate $10k to a certain charity. Instead of giving cash, donate the shares of stock. Next, take the $10k that you would have donated and buy back $10k worth of shares of XYZ.

The net effect is that youâ€™ve donated $10k to your charity of choice and youâ€™ve increased the cost basis of your investment from $5k to $10k. Now when you sell, your capital gain will be figured as the sale price minus $10k instead of sale price minus $5k.

The only thing to watch our for here is that by donating and re-buying, you’re resetting the clock on these shares, such that you will have to hold for at least 12 months for them to qualify for the long-term capital gains rate in the future.

The beauty of this strategy is that nobody gets stuck paying the taxes on that capital gain – you never sell, and the charity is tax exempt.

Late last year, I opened donor-advised fund accounts with both the Vanguard Charitable Endowment Program and the Fidelity Charitable Gift Fund. Unfortunately, I did this so late in the year that I was unable to get either of them funded in time. What this means is that I now have accounts open at both places, and have the option of using either one.

In general, the Fidelity account has slightly lower fees and a lower investment minimum. That said, we already hold the bulk of our investments at Vanguard, so transfers would be quicker and easier if we used the Vanguard account.

To transfer shares into our Vanguard charitable account, we simply need to fill out an “Additional Gift Agreement” (forms) and fax it to them. Assuming that we do so by 2PM, the transfer will occur on the next business day.

At the same time, I will write a letter to The Vanguard Group (the mutual fund family) detailing the transfer and specifying which shares are involved along with their date of acquisition and purchases price. I’ll then mail this letter to Vanguard at the following address:

Vanguard should acknowledge receipt of this letter, thereby providing me with the necessary documentation in case we ever need to prove that we got rid of the shares in question.

I will, of course, specify the lowest cost shares, thereby maximizing the amount of capital gains that we wipe away with this transaction. And that’s it… On the same day, I will re-buy the same number of shares that we donate

*Note: If you donate shares held 12 months or less, you can only deduct the basis from your taxes. You must have held the investment for more than 12 months to deduct the full value.