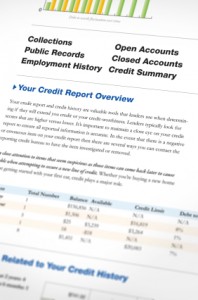 Did you know that the three major credit bureaus maintain a VIP list of people who get preferential treatment when it comes to fixing credit report errors? Neither did I but, according to the NY Times, it’s true.

This magical list apparently contains “celebrities, politicians, judges and other influential people, ” and those on this list get special help from real people who investigate the problem and bring it to a quick resolution. As for the rest of us, we’re dumped into a largely automated system where overseas subcontractors distill our problem down into a three digit computer code and forward the complaint to the creditor.

While I’ve never had a problem correcting an error on my credit report, I’ve never had to deal with anything more than an old (closed) account that was still showing up as open and active. But others have dealt with more serious issues, and at times have had real trouble getting their problems addressed.

Consider, for example, the case of Judy Johnson from Louisiana. Poor Judy’s credit file was confused with that of the much-less-creditworthy Judith Johnson, who had a similar address and Social Security number. Judy has spent seven years trying to straighten out the mess, but it keeps cropping back up. She even sued one of the bureaus and received an undisclosed settlement, but the problems still persist.

For their part, TransUnion claims that all consumers “have the ability to speak to a live representative, ” Equifax says that consumers who request a free credit report are given a customer service number, and Experian has denied the existence of a VIP list entirely. Nonetheless, the Times is sticking by their story.

What about you? Have you ever had trouble with errors on your credit report? If so, were they difficult to correct? Please share your stories in the comments section.

4 Responses to “Credit Reports: Are You on the VIP List?”