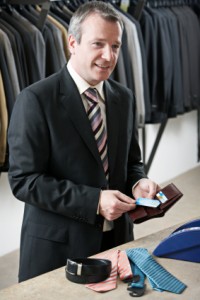 If your mailbox is filling up these days with zero percent balance transfer offers and other goodies from credit card companies, consider yourself among the elite.

Credit card companies, stung by new federal regulations that are preventing them from making money through punitive interest rate increases and penalty fees, are redoubling their efforts to court only the best customers with the best credit cards… The ones who don’t mind paying fees for services now and then.

According to the Associated Press, consumers who have excellent credit scores – earned by paying their bills on time and keeping their credit card balances a fair distance from their credit card limits – are receiving two out of every three mailers sent out with offers for such things as zero-percent-APR credit cards and no-fee balance transfer offers. Before the recession, these so-called A-list spenders received less than half of the offers.

Is this a dubious advantage of being wealthy? Some of the things the credit card companies are doing to lure this elite group include:

Why all the interest in the wealthy?

Credit card companies still have bitter memories of 2009, when they had to write off more than $8 billion in unpaid credit card debt. This has prompted them to reduce the amount of credit available to their customers. According to the Associated Press, the industry has cut its overall credit line to $1.5 trillion – about a third less than what it offered in 2007.

That $8 billion write-off has also convinced them to make those of us with fair to middling credit scores pay for it. We B-listers have our finances more or less under control, but we make an occasional late payment and frankly we’re not big spenders. We can still get credit cards and do a credit card balance transfer, but we should expect higher interest rates and annual fees.

According to The Grand Rapids Press in Michigan, even the best credit cards offered to second-tier cardholders come with annual fees of $39 to $59 a year. Last year, we weren’t being asked to pay any annual fees. Bank of America recently slammed members of this group – particularly those who carried a balance close to their card limits or who had been late a few times – with a new $59 annual fee. If you didn’t have any other accounts with Bank of America, such as a mortgage or a savings account, you also got a letter about the new fee.

Life under the new law

But wait a minute. Isn’t there a law about randomly imposing new fees?

The Credit Card Accountability, Responsibility and Disclosure Act, or CARD Act, prevents companies from raising rates on existing balances, bumping the interest rate on your card during the first year, and charging more than $25 in penalties when you make a late payment.

These kinds of now-banned acts are what made the second-tier cardholders somewhat profitable for credit card companies, even with that walloping write-off.

But with those revenue streams now pinched off, the card companies are just, well, raising fees and raising interest rates. The average interest rates being offered to second-tier consumers is 22.57 percent, up from 19.07 percent just a year ago. The new law didn’t say credit card companies couldn’t raise rates. It just said they had to be more open about it.

And some banks are offering cards that reward customers who pay on time with reduced interest rates. For instance, TD Bank, a New Jersey unit of Toronto-Dominion Bank, gives customers a 50-percent reduction in their interest-rate-based finance charge when they pay at least 10 percent of their outstanding balance. And Capital One has a card that offers 1-percent cash back on purchases when the customer pays on time. The card is marketed to college students and typically carries a low credit limit.

2 Responses to “Credit Card Companies are Wooing the Wealthy”