But what if you’ve neglected to contribute to an IRA because you’re not sure you can afford it? Maybe the only cash you have on hand is earmarked for emergencies, and you’re not willing to risk the 10% early withdrawal penalty that comes with a traditional IRA. 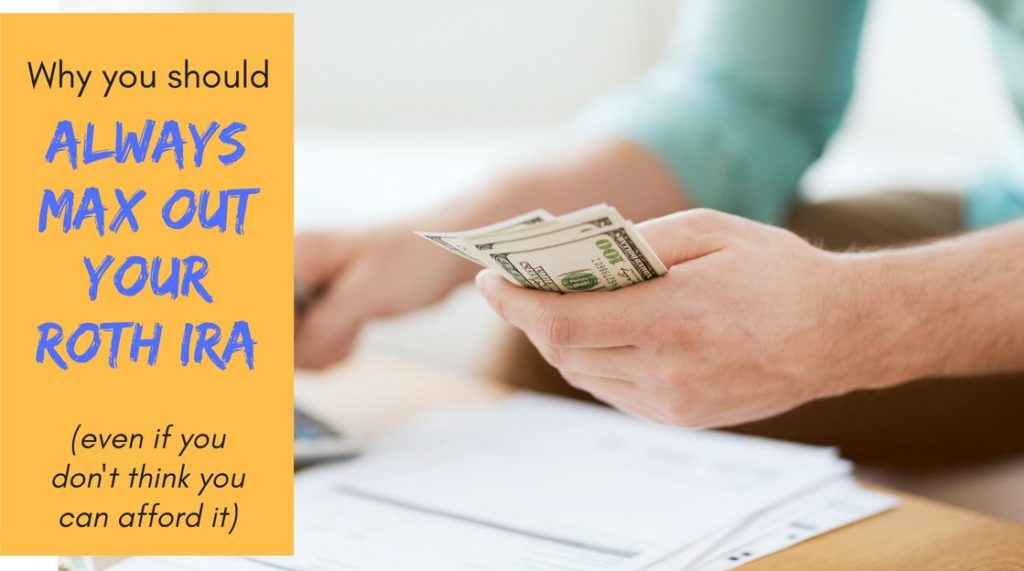 Well, I’d like to encourage you to think twice about that stance and still consider making a Roth IRA contribution. As I’ve noted before, Roth IRA contributions can be withdrawn at any time and for any reason without penalty. And if you don’t believe little old me about this, you can check it out for yourself in IRS Publication 590.

Now, I’m not necessarily crazy about this flexibility, to the extent that it encourages (or at least allows) people to raid their retirement to buy shiny things. However, one huge benefit is that it gives you the flexibility to make a contribution, even if you’re not sure you can afford it.

This flexibility is very valuable because you’re only allowed to contribute a limited amount to IRAs each year. In other words, if you fall behind on contributions now, you won’t be able to make up for it later when you can (hopefully) better afford it.

If you make the contribution now and fate smiles upon you, you’ll be able to re-build your emergency savings “on the outside” while having more money stashed away inside your Roth IRA. And if things go awry, you’re free to yank that money out (up to the amount that you’ve contributed) and use it to take care of whatever emergency you’re dealing with.

Some issues to be aware of:

9 Responses to “Contribute to Your Roth IRA, Even if it Stretches Your Budget”