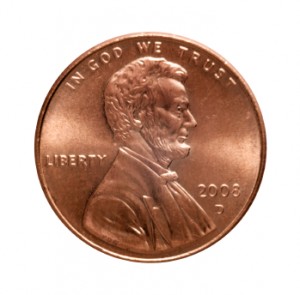 Last night, I finally sat down and placed an order for some Presidential dollar coins from the US Mint. As I noted in a previous post, I’m very close to breaking through a reward tier on my Amex Delta credit card.

In short, once I hit the prescribed spending level, I’ll receive a block of 10k bonus miles. But these aren’t regular bonus miles. They’re Medallion Qualifier Miles (MQMs), which means that they count toward bumping up my flyer status.

With higher status, I’ll accumulate miles more quickly, get periodic seat upgrades, etc. Like I said in the original post, this isn’t a huge deal, but it’s definitely worth pursuing. What I don’t want to do is spend mindlessly to get to the next level.

In my previous post, I outlined some possible strategies for reaching a reward tier without actually spending more money, and readers weighed also weighed in with some idea of their own.

Possibilities included buying coins from the Mint, “pre-paying” for purchases by buying gift cards for groceries, Sam’s Club, Amazon, etc., making our year-end charitable donation a bit early, paying extra toward our cell phone bill to generate a credit (thanks Jason!), and so on.

Well… Like I said above, I finally took action on one of these strategies. I bought coins through the US Mint Direct Ship program. As a reader named Chris pointed out, the Mint now limits you to four boxes (4 x $250 = $1000) every ten days.

Believe it or not, I actually all four rolls, so we’ll soon have $1k in coins delivered to our front door. Did I mention that they offer free shipping?

The ordering process was very easy and no, these sorts of purchases are not treated as a cash advance. The Mint actually sells a variety of things in addition to coins, and your card issuer has no way of knowing exactly what you’re buying.

Plans for spending the coins

My intention is to honor the spirit of the program and to resist the urge to simply deposit the coins in the bank. Thus, I’ll gradually spend them down. Ideas for spending dollar coins include:

We’ll probably also use a bit of it to replenish our “cash stash, ” which fluctuates over time. No, we don’t want all of it in coin form, but it wouldn’t hurt to have some it as dollar coins.

12 Responses to “Buying Coins From the Mint”