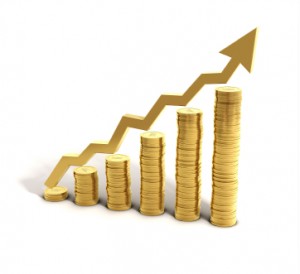 If you’re anything like me, you’re always on the lookout for ways to get more from your money. Unfortunately, recent years haven’t been kind to savers, with saving account interest rates averaging just 0.15% nationally. The good news is that it’s not hard to find to find a better deal.

As evidence, I offer a recent article titled “America’s Best Rates” from Richard Barrington of MoneyRates.com. For those that are unaware, MoneyRates does a quarterly roundup of banks with the best savings account and money market rates.

During the first quarter of 2011, they found seven banks whose savings accounts paid an average of at least 1% (annualized) throughout the quarter. Here they are:

We actually have accounts with two of these seven banks – Discover Bank and Ally Bank. We do most of our “regular” banking with Discover. As for Ally, we like them for their high CD rates and the associated low early withdrawal penalties.

It’s also worth noting that all three of these banks (along with Capital One, Zions, and Cashmere Valley) were near the top back in Q4 of 2010, so they’ve been fairly consistent with their rate offerings. Not only that, but both Ally Bank and Discover Bank were featured in last year’s post about banks with consistently high interest rates thanks to their two year (plus) history of paying the highest rates.

Are you a rate chaser?

I’ve long since given up chasing rates and am now content to let our money sit at banks that consistently pay high rates, even if they’re not the absolute highest available. What about you? Are you a rate chaser? Whether you are or not, I’d love to hear which banks you prefer and why.

20 Responses to “Banks With the Highest Interest Rates”