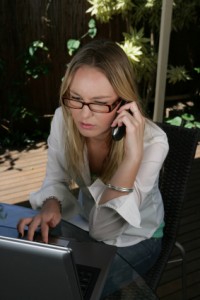 Have you ever been hit by “accidental” credit card fees? By this, I mean fees that arose from an unintentional late payment, or some other mishap. I have. In fact, I just discovered this weekend that last month’s auto-payment for Amex Delta Platinum SkyMiles card never happened.

As you may recall, I applied for this card of the summer for a variety of reasons – primarily the bonus miles, waived baggage fees, and fee waiver for mileage redemptions. It took me a couple of months to sit down and set up the auto-payment, but I eventually got it done.

Unfortunately, I apparently screwed something up, and the payment never got made. Sure enough, when I logged in to check our account this weekend, I saw a big red warning that our account was past due.

Care to guess how much this little hiccup was going to cost us?

I quickly navigated over to our credit card statement and reviewed the damage. We got hit in three main areas:

That last one came from the fact that you lose any miles earned during the preceding month if you fail to make your payment on time. Lost miles aren’t a huge deal, but not getting them sort of defeats the purpose of using a frequent flyer credit card.

I’ve said it before, and I’ll say it again:

Any time you get hit with unexpected fees from your credit card, you should call the card issuer and ask them for a reprieve. Unless you’re chronically late, there’s a good chance that they’ll refund both the fees and the finance charges. And if they don’t? Oh well, you only lost about five minutes trying.

When I called Amex, I simply explained what had happened, and gave her a quick rundown of our history – we’ve hard one card or another with Amex since 1997, and have always paid our bill in full. She tapped a few keys on her computer and then offered to refund both the late fee and interest charges.

When I asked about the mileage reinstatement fee, she said that all customers are entitled to a one-time fee waiver, and that you just have to call and ask for it. I’ll actually have to call back on that one, however, as our payment won’t hit until tomorrow, and they can’t reinstate fees until your account is current.

While it’s true that time is money, I know very few people whose times is worth more than $120.51 (after taxes, no less) for the five minutes that I spent fixing this.

Like I said above, you have nothing to lose. If you’re ever hit by a fee such as this, you’re making a huge mistake if you don’t call and ask for forgiveness.

5 Responses to “Ask Your Credit Card Company to Reverse Fees”