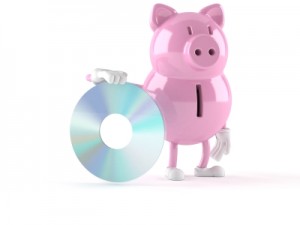 Two years ago, I set up a CD ladder at Ally Bank, though they were still technically GMAC Bank at the time. I did this by buying a one, two, three, four, and five year CD and have been renewing each “rung” on the ladder into a new 5 year CD every November.

While CD rates have been awful over the past couple of years, we’ve been receiving a nice little bonus from Ally in the form of a 0.25% bonus for renewing our CDs each time.

It works like this: When your CD matures, simply leave it alone and it will auto-renew into a CD of the same term at the prevailing rate + 0.25%. If you’d like to change the term or add money, you have ten days to do so and you will still get the bonus.

Note that the bonus isn’t cumulative, so you can’t just leave your CDs in place year after year and keep accruing bonus on top of bonus. Rather, as long as this offer is in place, you’ll get a 0.25% bonus on top of the prevailing market rate.

Another nice aspect of Ally Bank CDs is that their early withdrawal penalty is only 60 days of interest, so you’re not risking much if you lock in a longer term CD and rates end up rising.