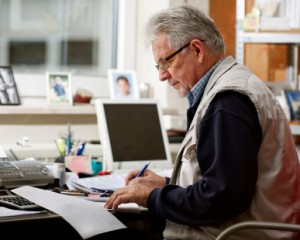 Surf the web or browse popular magazines and newspapers, and you’ll find lots of insights about the opportunities and risks of being your own boss. But given the sky-high rate of small business failure, there can never be too much written on the topic.

I’m no Steve Jobs, but I believe I’ve got something to say on the matter. I last trudged off to work for a full-time employer on the Monday after Thanksgiving, 1989. I was fired from my job that day, my third firing or layoff in less than four years. In at least two of those axings, the boss intimated I was about as valuable to the company as a dish of paper clips.

That did it. I’d had enough of working for people I didn’t respect but who had control over how much I earned, when I woke, when I lunched, what I wore, when I went on vacation and more. So I struck out on my own. I didn’t really believe I’d succeed. In fact, I was almost certain I would fail. But the idea of being my own boss for at least a while was far less abhorrent than shambling through a skein of interviews for jobs I was sure to detest.

Well, it’s almost 22 years later, and I can say with near 100% surety I will never again take a nine-to-five job. Since launching my own gig, I’ve earned much more money, enjoyed infinitely more prestige and savored far more autonomy than I ever did working for someone else. I truly believe hanging my own shingle saved me from a life of misery. It may have kept me from a steady diet of anti-depressants or even a fortnight in a rubber room.

As I built my business, I had opportunities galore to meet and size up other people starting their own businesses. That brings me to the message of this opus. There are some folks who should never, ever be in business for themselves. If you see yourself in one of the following types, question the wisdom of going it alone. If you see yourself in two, think long and hard before scheduling a launch party. And if you see yourself in three or more, save the cost of a start-up, and don’t let the word “entrepreneur” ever pass your lips.

Ms. Style-Over-Substance. Some individuals have always wanted to open their own business, but for reasons of form rather than function. When I started, they had the coolest holographic business cards and best stationery. Today, they’d own the most up-to-the-minute phone and the greatest looking Facebook page. Regrettably, their attention to customer needs is far less keen, leading to an early exit from the ranks of the self-employed.

Mr. Nine-to-Five. Spend a long time as an employee, and you can get used to eight-hour workdays. But you better get unaccustomed to them quickly if you want to make a go of your own business. Some weeks, you’ll have nothing to do but prospect. Others, you’ll be working night and day. If you must knock off each afternoon at five, you’d better keep your day job. There’s no such thing as succeeding at business without really trying.

Ms. They-Don’t-Respect-Me! Don’t open a business with the intent of gaining respect or winning arguments with a client. The client didn’t hire you to duke it out in debates, or to commission a statue in your likeness, but rather to solve some pressing problem. When you do solve that problem, you may or may not win respect, but you will win repeat business.

I have a friend who started her own concern, and often checks in to say she had to argue with a client about a fee or her work’s quality. I tell her to recall retail pioneer Marshall Field’s adage that the lady is always right. When you’ve built a thriving enterprise and don’t have to go work for someone else, you’ve earned the most important respect: Your own.

Mr. Big Spender. I knew a guy who started a company helping businesses learn if land they were considering buying had buried underground tanks, necessitating costly remediation. For several years, he earned a half million dollars annually, and went on a spree. He bought a huge house, an unnecessarily costly SUV, and all the big boy toys.

Last I heard, he was living in a budget motel and fending off enraged creditors. When the market for his services dried up, his business went belly up. And Mr. Big Spender had shot through a pile of cash many people require decades to assemble.

Mr. or Ms. Under-the-Weather. Do you find yourself spending considerable time in a sickbed, doctor’s office or the ER? You may not be best bet for future Entrepreneur of the Year. Most people I know who have made it as their own boss are also among the least sickly of my acquaintance. I don’t think it’s a coincidence. Unless you’re a pharmaceutical sales rep, you won’t build a healthy biz hanging around physicians’ waiting rooms.

To reiterate, if the above sound like you, it may be best to shelter your savings and shelve your ideas of authoring a rags-to-riches business success story. But if not, a glimpse of the best boss you’ll ever have just may be as close as the nearest mirror.