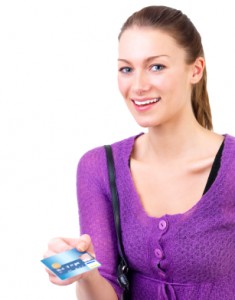 I recently ran across an interesting article over on CardRatings.com about whether or not credit cards are addictive. The article highlighted a recent academic study by Marsha Richins of the University of Missouri that focused on the relationship between materialism and overspending.

The study was based on a survey of 400 consumers of various ages and income levels, and the central thesis was that “transformation expectations” – the idea that consumers expect products to have transformative powers on their life – are the mechanism through which materialism drives credit card abuse. Unfortunately, these transformations (assuming that they occur) are short-lived, leaving the consumer looking for another fix.

Richins was able to identify four major types of transformations that are especially prevalent in people with debt problems:

In other words, certain consumers (typically those with mountains of debt) have a tendency to think that the products make the person – as if a purchase will help to re-define you, or change your standing in society. This isn’t to say that the rest of the world doesn’t fall prey to these expectations. It’s just that these tendencies are far less prevalent in “average” consumers.

Richins also believes that people are “hard-wired” to want new things that promise to make your life better. She chalks this up to the fact that primitive people who had better tools were more likely to survive, and thus passed on an innate sense of attraction to things that make survival (or life in general) easier.

The good news is that most people realize (sooner or later) that, while some tools are important, others are a waste of money. Unfortunately, others don’t make that realization, and wind up on the hedonic treadmill.

So… The next time that you’re considering a purchase, stop and think. Ask yourself why you’re interested in making the purchase, and take a very critical look at your answer. Are you looking for a quick fix? Are you expectations too high? Or is this something that you truly want or need?

4 Responses to “Why People Spend Too Much”