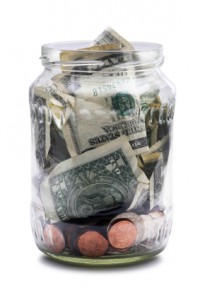 It’s been awhile since I’ve had a good rant, so here goes… We’re currently on vacation and we went out for lunch yesterday. When the bill came, they had a handy little tipping guide at the bottom of the receipt. They listed suggested tip amounts for “good, ” “excellent, ” and “outstanding” service.

So far, so good, but… When I converted the dollar amounts into percentages, I discovered that their base recommendation for “good” service was 18% of the full bill, and it went up from there. Call me old fashioned, but if a server provides nothing more than “good” service, they’re getting nothing more than a standard 15% tip – calculated on the pre-tax total.

Before you call me cheap, consider that none other than etiquette guru Emily Post recommends tipping your waiter or waitress in the range of 15-20% of the pre-tax total, depending on the level/quality of service. I have no problem tipping generously for excellent service, but I don’t think it’s reasonable to goad people into tipping more for standard service.

And yes, I’ve heard the argument (mostly from current and former waitstaff) that the base tip should now be 18% due to inflation, but I’m not buying it. After all, inflation produces higher prices across the board – including on the menu. This means that the actual dollar amounts being tipped increase in lockstep with menu prices.

Oh, and don’t get me started on auto-tipping for groups…

There are a few restaurants in our area that automatically apply an 18% gratuity to groups of six or more. On the surface, this is understandable. After all, groups often require more in the way of service (split bills, and so forth) and many people use being part of a group as cover for their under-tipping ways.

That’s all well and good, but my family isn’t a “group.” We’re a family. Yes we have four kids, but we ask for nothing over and above the standard level of service. There are no requests for split-checks, and you don’t even have to deal with all six of us – my wife and I go ahead and order on behalf of our younger kids.

If you insist on treating us as a “group, ” then the least that you can do is to let us know that you’re doing so. But in most cases, you don’t. Rather, you slip that 18% on the bill without so much as a word. Sure, it says (in fine print on the back of the menu) that groups are subject to an auto-tip, but most people don’t consider their wife and kids to be a group.

As such, I’d be willing to bet that most families don’t check for the auto-gratuity, and many end up double tipping. This has (almost) happened to us on more than one occasion, so I now check the bill carefully before deciding whether or not to leave an additional tip.

The funny thing is that, in many cases, I would have left a larger tip than what was automatically added to the bill. And if the waiter does me the courtesy of telling me that they’ve added an auto-gratuity, I sometimes still will – if it’s deserved. But if they don’t bother telling me, then they’re not getting another penny. And if the service was abysmal, I’m not above adjusting the tip down.

Why I’m still in favor of tipping

Despite the above, I don’t actually have a problem with our tip-based restaurant economy. People often argue that they’d rather pay a higher menu price in return for having the restaurant pay the waitstaff a reasonable wage. The problem with this approach is that, in the absence of a tip, your waiter’s interests are no longer aligned with your own.

If you’ve ever visited a country in which tipping isn’t expected, you may have noticed that the service isn’t as good – or at least that’s been my experience. By tying a portion of the waitstaff’s compensation to the quality of their service, you’re helping to ensure that they do a good job.

Of course, this won’t work if everyone just tips blindly, without regard to the quality of service. And guess what? It’s been argued that tips often don’t correlate well with the actual quality of service provided. Rather, many of us tip in response to custom, flirtation, etc. So do us all a favor and think before tipping.

54 Responses to “Thoughts on Tipping – Pardon the Rant”