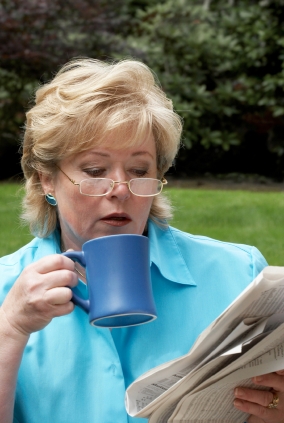 Have you ever thought about what will happen to the stock market as the Baby Boomers approach retirement and begin moving their money out of equities? I have, and I find the prospect a bit disconcerting.

After all, markets are driven by supply and demand. If a bunch of Boomers start selling to meet their needs and prices dip, others might sell to avoid a loss, thereby causing a greater drop, and so on.

I was thus very interested when I ran across an article in USA Today by John Waggoner on this very topic. The first of the Boomers will be turning 65 next year, with tens of millions to follow in coming years. This begs the question:

But will boomers really shift to a dramatically more conservative asset allocation? In theory, they should, and Jeremy Siegel (author of Stocks for the Long Run) has argued that stocks could plunge by as much as 50%.

At the same time, it’s been argued that this demographic shift won’t be enough to overwhelm other market forces. Rather, political and economic events could wind up being far more important. Beyond this, it’s not clear that Boomers will sell, or at least not all at once.

In many cases, boomers already hold a well-diversified portfolio, so there won’t be a precipitous change. In addition, those with the largest portfolios are more likely to be concerned with passing their wealth to the next generation (estate tax be damned!) than they are with preserving principal in the short-term.

But what if they do?

Waggoner argues that, even if they do ultimately sell their stocks, “any movement the Boomers make will be gradual at best, ” and might be slowed further by the currently low interest rates. I agree with this to a point, but rates won’t stay low forever, and the average Boomer will liquidate stocks over time.

Perhaps the most compelling argument in favor of a healthy stock market in the face of mass Boomer retirements is that Gen Y (those born 1983-2001) is coming of age, and it’s actually slightly larger than the Baby Boomer generation. These individuals will need to save and invest, and will thus help to offset Boomer liquidations.

What do the Feds think?

While researching this topic, I ran across an interesting report from the Government Accountability Office (GAO). In it, they tackled the issue of whether or not Boomer retirements would precipitate a stock market drop.

“Our analysis of national survey and other data suggests that retiring boomers are not likely to sell financial assets in such a way as to cause a sharp and sudden decline in financial asset prices. A large majority of boomers have few financial assets to sell. The small minority who own most assets held by this generation will likely need to sell few assets in retirement. Also, most current retirees spend down their assets slowly, with many continuing to accumulate assets. If boomers behave the same way, a rapid and large sell off of financial assets appears unlikely.”

The report also pointed to an increase in life expectancy as a mitigating factor, as a longer lifespan will translate into Boomers working past traditional retirement age as well as a greater spread in the timing of asset sales.

What do you think?

So, dear readers… What’s your view? Do you anticipate stock market troubles due to Baby Boomer retirements and the accompanying asset liquidations? Or do you think other factors will overwhelm the “Boomer Effect”?

I’m currently on the fence. It’s hard to ignore such a huge demographic shift, but there’s a lot of data out there suggesting that there won’t be much of an impact. For now, we’re sticking to our plan, but will be keeping a close eye on any further research on the topic.