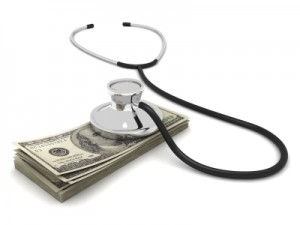 The recent news that banks were planning to charge monthly debit card fees was not well-received by recession-weary Americans. The rising costs of fuel, food and living in general when unemployment is at an all-time high means the timing couldn’t have been worse to hit up our pocketbooks some more.

When will it all stop?

Well, banks have since backed off on the debit card fees, but that doesn’t mean they’ve stopped looking for ways to nickel and dime our pocketbooks into oblivion. It’s up to the Consumer Financial Protection Bureau to keep these bank fees in check.

Created by Congress in 2010, the CFPB and opened its doors in July 2011. The CFPB’s job is to help put a stop to unfair and/or abusive practices when it comes to financial products and services. According to its website, the agency’s central mission is to “make markets for consumer financial products and services work for Americans.” Among other things, this means protecting credit card holders, bank customers, etc. from unreasonable fees.

For consumers, education is key.

Not only is it the CFPB’s job to gather and analyze information to better understand consumers, but the agency also ensures that Americans receive the information they need to make smart financial decisions in an easy-to-understand format. This means nothing should be buried in fine print, direct comparisons can be made, and financial service providers cannot be deceptive or unfair.

The CFPB’s initiatives in the last year have sought to simplify a number of processes and to make critical information more accessible and easier to decipher. For example, Know Before You Owe combines two federally-required mortgage disclosures into one simple format so consumers are better equipped to understand the costs and risks of a loan.

The agency also commissioned a survey to explore how Americans perceived the Card Act, a credit card holders’ bill of rights that touts fairness and transparency that was signed into law by President Obama in May 2009 and instituted in February 2010.

More recently, the CFPB has set its sights on checking account overdraft fees. It’s no wonder, as the banking industry is said to have taken in record amounts of overdraft fees, well into the billions of dollars, that some contend has been acquired through unfair processing and fees, along with unclear disclosure information.

The skepticism about overdraft fees is not new. A 2008 Federal Deposit Insurance Corp. (FDIC) report found that three-quarters of all banks automatically enrolled consumers in overdraft protection, sometimes without their knowledge.

Following the FDIC report, the Federal Reserve developed rules requiring banks to ask customers whether or not they wanted to enroll in overdraft coverage.

The CFPB’s goal is to take another look at bank overdraft programs and attempt to clarify the cost of free checking accounts. This means consumers will be better informed about overdraft fees and the impact on their bank accounts.

Consumer advocates are counting on the CFPB to crack down in other areas, as well. For example, some are calling for more policing of check-cashing operations and their high fees. Others are looking for increased regulations regarding prepaid debit cards, which can be more expensive and less secure than traditional deposit accounts.

For-profit debt settlement companies, which have been further regulated by the FTC recently, are also under fire by advocates, who charge that these firms target and exploit desperate consumers.

Granted, the CFPB has its work cut out for it, but at least they no longer have to take a look at that $60 annual debit card fee. Hopefully, by keeping the consumer in mind when making their rulings, the agency can stop other abuses, provide consumers with better insight into their financial transactions and obligations, and positively impact the economic climate overall. Every penny counts.

3 Responses to “The Consumer Financial Protection Bureau: Watching Out for Your Financial Well-Being”