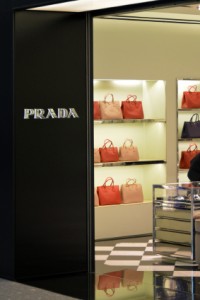 My husband is in Kuwait for his third tour in the Army. Working for the joint forces in a country that is firmly a U.S. ally, he doesn’t see a lot of combat. What he does see, what keeps him up at night, is the waste.

First, there is the practical military waste. Computers are shredded to protect sensitive data, other electronic equipment is destroyed because it’s too expensive to ship back, and we don’t want it ending up being used by our enemies in the area. Second, there is the functional waste, like water shipped to the area in 12-ounce plastic bottles, too few of which are recycled and (he suspects) none of which are actually recycled, being taken offsite by a contractor and burned.

Third, and most frustrating for him (and the reason I’ve said I couldn’t bear to move there with our boys, should he find an independent contractor job), is the material waste of the Kuwaiti people. The terrible overspending.

Kuwaiti citizens are paid handsomely in oil revenues simply for being who they are, and their wealth is such that, he tells me, they don’t take cars to be fixed after accidents. They buy new ones. For Kuwaitis much like Americans in some areas of the country, shopping is a recreational sport, or perhaps even a vocation for some.

When my husband and I are debating long-distance over how much of a bill to pay, it’s easy to resent the Kuwaiti women with their spendy handbags, or the containers full of pallets of 12-ounce water bottles. Thousands upon thousands of water bottles! If we could only have the money spent in an afternoon by one Kuwaiti teenager, we could pay that bill twice and have extra left over for hamburgers.

Or, he’ll drive a VIP home from the airport, considering the dented and banged up luxury cars left on the side of the road, thinking how he and a good auto body repairman could make enough to redo the kitchen counters and put in that cork floor I’ve been dreaming of with only a few weeks’ work.

I don’t blame him. I resent beer.

Thanks to some of those quibbled-over bills, I recently went through a week or so of cash-poorness. My pantry and freezer were chock-full, so I wasn’t hungry, but I did run out of good coffee and I had to get creative with lunches to school for my two older boys, who tend to prefer hot lunch strongly over sack lunch.

As I was worrying to myself over whether I could manage to scrape together enough change to buy a cup of coffee — or maybe I should save all the change for pretzels, just about the only thing other than carrot sticks and candy that my middle son will eat — my brother-in-law showed up. He had been hanging out with a couple of friends he’d been hanging out with at the pub around the corner. “Can we crash here?” he asked. None of them were in shape to drive home.

So while I was looking for quarters in the couch cushions, these guys were spending $60 or $70 in beer and nachos! I was furious, though I couldn’t exactly say, “I’m mad at you for spending your own money in the way that pleases you, ” so I just sighed dramatically and said they had better not leave a mess in the basement this time.

When it comes to spending, it’s easy to compare

I think this is something like they say in AA (hilariously, my friend who’s never had a drink in her life quotes this all the time): “don’t compare your insides to other people’s outsides.” In other words, what we’re doing when we focus our energies on thinking how much better we’d spend money than other people, it’s both a false comparison and completely beside the point.

While my husband may have a legitimate gripe with the Kuwaiti people who abandon their cars on the side of the road, most of these are isolated incidents that just happen to coincide with more sensible behavior on our part. Sure, I’m making excellent choices with the $2.50 I found in quarters and dimes; but how about that time a few weeks ago when I went out for a glass of wine and octopus salad at a bar just because I felt like treating myself?

The resentment is ugly; unless it’s toward oneself

I’d be better off resenting myself, my two-weeks-ago self who could just as easily have put that $30 in her pocket instead of blowing it on Spanish wine and tiny bits of over-priced seafood appetizer. If I focus my energies on her decisions, I’m really comparing apples to apples — my spending to my spending — and I have a tool to use next time I want to go out.

Focus that resentment inward, and you’ll have something useful. Focus it on your in-laws or a whole people; you’ll just be resentful. I’m working on it.

3 Responses to “Spending Resentment as Ugly as Jealousy”