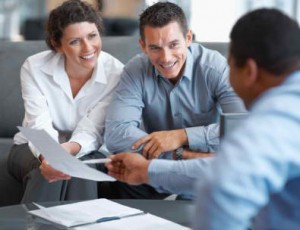 Many people ask me if they should change their investments in light of what’s happening on the world scene today. In my opinion, you can perhaps best learn how to react to major political happenings by reviewing what happened the last time the world had a financial/world crisis – don’t miss this opportunity.

Two years ago, the economy was dying. Stock prices were about 50% of what they are today. Companies announced layoffs almost every day. Banks and insurance companies were folding. Our national deficit was (and unfortunately still is) boldly going where no deficit has gone before. If you had a job, you were holding on for dear life. And being self-employed was a frightening proposition, too.

How could this story look anything but bleak? It was understandable for people to overreact and run for cover. Despite all the financial darkness at the time, however, there were still reasons to be optimistic. In fact, here’s a portion of what I wrote to my clients two years ago:

Lots of people are out of work. That’s true and it’s terrible. But 93% of the people who want to work are working.

While banks have huge obstacles to overcome, the difference between what they pay us in interest and what they charge us to borrow makes this one of the best times ever to be in the lending business. The banks are going to thrive. And while it’s tough to get a loan, it’s very inexpensive if you are borrowing money now.

Lower prices hit those who need to relocate or downsize, but when averaged over the last 10 years, you still made money in real estate. 90% of us meet our mortgage obligations. For most of us, the loss in home values is frightening, but it’s not relevant.

And working young couples have a chance to buy a home now that they couldn’t even imagine buying only 2 years ago.

Why do I bring this up? Because as frightening as times might be, you just never know how things will work out. The last two years have demonstrated that. If you had followed your gut two years ago and bailed out of your long-term investment plan, you’d be very sorry today.

While it might be a bit shaky at the moment, especially with the recent political unrest overseas, the market has recovered very nicely from the dark days of 2008/2009. Had you bailed out at the low-point, you would have locked in your losses and found it very hard to find a time to re-enter the market.

This is a very important point, and hopefully helps you in making smart decisions about what to do with your investments right now. It’s important to understand that, despite all the turmoil in the oil-producing regions, nobody knows how things are going to unfold. You also need to acknowledge that you are an emotional being, and will have strong urges to react to uncertainty.

If you are currently drawing on your retirement accounts, you might need to make some changes – but those changes aren’t all that drastic. For example, if the market drops, you may have to withdraw less money. Granted, it’s easier to adjust to an increase in income than to a reduction, but you can do it.

Times are very tough for people who are out of work and for those who just bought homes in the last four years. If you are in one of those situations, there are a number of things you can do to improve your situation. In fact, the site that you are currently reading has a number of great resources to help you do just that.

Look at it this way… I did not live through the Great Depression, but I can tell you that the people who did go through it would have thought they died and went to heaven if they woke up and found themselves in the “depression” we’re supposedly going through now. And if you’re buying a home now, you should be ecstatic over the low prices as compared to just a couple of year ago.

I do think the upheaval in Middle East is a watershed event, just like the financial crisis in 2008 was. The world is re-defining itself. For the last two decades, we spent and borrowed like there was no tomorrow. Now we’re in “tomorrow” and we’re cutting back and learning how to make ends meet. As the situation changes in the Middle East, we’ll adapt and thrive.

8 Responses to “Should You Change Your Investment Strategy?”