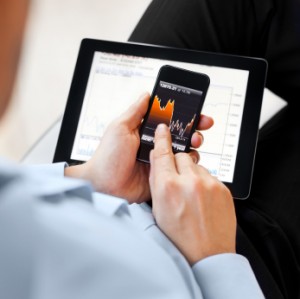 The March inflation numbers are now out, which means we can now predict the new (May 2012) rate for Series I Savings Bonds…

As a reminder, the rate for Series I Savings Bonds is made up of two pieces: the fixed rate and the variable rate. The fixed rate is set by the feds, and has been at 0% since the fall of 2010. The variable rate is pegged to inflation, and can be easily calculated if you know how much the CPI-U has changed over the past six months. To do this, simply divide the old CPI-U into the new one and you’ll get an estimate of the semi-annual inflation rate. From there, you just double it to estimate the annual change and add the fixed rate.

If it were me, I’d probably buy now instead of waiting. What about you? Do you invest in I Bonds? If so, have you already taken the plunge for this 2012?

P.S. I’ve had a couple of people ask me about the best place to find inflation data. I always go straight to the source — the Bureau of Labor Statistics. Here’s a direct link. Check the box under the “Price Indexes” heading for “CPI for All Urban Consumers (CPI-U) 1982-84=100 (Unadjusted)” and click “Retrieve Data.”