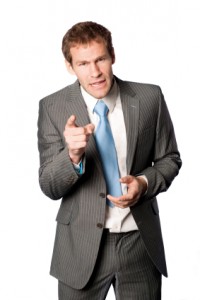 One of the brilliant innovations of the last couple decades, I think, is the drive-thru pharmacy. Ponder the concept a minute and you’ll likely agree.

With the advent of TV prescription drug advertising, most Americans dutifully began turning their homes into mini apothecaries. But about the same time, studies started showing many ills requiring medications could be avoided altogether if we just got out and exercised a bit. These findings couldn’t have inspired bacchanalia at firms whose profits rested on prescription drug sales.

The genius solution, of course, was the drive-thru pharmacy. No longer would folks have to leave their cars and walk through a crowded store to the drug counter. No, now they could sidestep even that minimal exercise, thereby hiking the odds they’d go on needing medications, would eventually need even more, and sometime later still more Rxs to combat the side effects from the first pills.

Is that genius, or what?

As a marketing masterstroke, the drive-thru drug window ranks right up there with big-screen TV. Of course, the big-screen is just the latest in a long series of stratagems by television makers, networks, and production companies.

Soon after the first TV sets arrived in U.S. homes, most folks realized not much worth viewing ever aired. What was true in 1951 with four channels wasn’t much different 60 years later with four hundred.

The sole entertaining exception in that span was the spot depicting the fun of popping a pill and then soaking in side-by-side, his-and-hers tubs.

If they couldn’t count on enjoying the TV experience, what would spur people to go on buying TVs? Answer: the opportunity to one-up their neighbors, naturally! So screens got larger. Color TVs arrived. Picture-in-picture dawned. Remotes requiring handbooks to comprehend were born. And finally came the TV big enough to fill a wall. Through it all, only one thing remained constant: that you’d be far better off doing almost anything other than watching TV.

And here’s the part that’s sheer marketing magic. What appears regularly amid commercial programming dreck on any big-screen? Why, ads trumpeting the next generation of super-colossal television sets, don’t ya know?!

No retiring this idea

If there’s any invention more ingenious than drive-thru pharmacies and big-screens, it’s the retirement planning field and the hubbub it spawns. Think about it. Insisting we all expend time, effort, and worry planning for retirement keeps vast industries humming and millions of people employed. The only ones suffering are the poor souls driven to early graves fretting they have no plan.

Retirement planning funds the existence of brokerages, mutual funds firms, financial advisors, estate planning lawyers, authors of books on retirement, and publications explaining how to save for retirement, to name just a few.

The idea that we all must retire, presumably so we can spend more time idling at drive-thru pharmacies and watching big-screen TV, is a given for most Americans. They take as gospel that around their mid-60s, they’ll shed that old job and the rest of their life will be spent hand-in-hand with their significant other, gazing at a sunset over a glorious beach. After sundown, they’ll be able to catch some tube while downing the meds they got earlier at the drive-thru.

All this certainty, despite the fact that the concept of retirement is really a fairly recent development, having sprung up after the dawn of the 20th Century. Until then, people didn’t have any choice but to keep working until they kicked the bucket.

That sounds like a dismal fate until you consider they had some things 21st Century retirees don’t. Because retirement planning is an inexact science, many now trade stressful jobs for the anxiety of worrying that their savings will expire before they do. They also have to find something to give them purpose, a reason to get up in the morning, and a challenge of the kind we all need. Earlier Americans who worked to their dying day didn’t face any of these issues.

Just think, if we didn’t have to retire, we’d suffer the fate of saving tons of cash on retirement planning advice and tools! We’d be forced to find something we loved doing, maybe the job we’d done all along or another we’d always had a passion for, and keep right on working and earning. We’d have to confront an absence of anxiety over whether our money would run out before our lives did.

With all the money saved not employing retirement gurus, plus the cash we’d earned working longer, plus savings we HADN’T withdrawn, we would have to endure genuine choice in what we did, where we traveled, how we lived.

Thank goodness the American Marketing Machine is always revved and ready to remove any stomach-churning choice we might opt to take on. Work out rather than pop pills? Read or pursue a hobby rather than stare at pap on a giant screen? Keep working longer at something you love promising a purposeful life, rather than doing nothing? “Balderdash!” the Machine informs us.

But psssssst! If you want to see what it feels like to have choice, you might do a search for high-yield savings accounts. Or possibly look for some zero-percent apr credit cards. Questioning the autocratic lectures of the Marketing Machine is a bit unusual these days. But doing so may be the single best innovation of all.

10 Responses to “Rage Against the Marketing Machine”