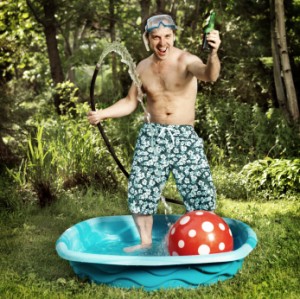 One thing that amazes me is the conviction of so many people that things will be about the same economically – or maybe better – in the future as they are today.

I’ve got bad news for them. They’re dreaming. For many or most Americans, things aren’t likely to be as good or as easy years from now as they are today. The cost of living will climb. Wages will stagnate or fall. Our standard of living won’t be as high. Today’s kids won’t have life as good as their parents did, and they won’t have a prayer of living the kind of life that their grandparents led just two generations ago. The American dream of things being better for our kids than ourselves has been turned on its head.

How can I say this? Well, for one thing, I was around in the 1960s, in a world where mom stayed home and minded the kids, while dad trudged off to the salt mines, punched a clock, and earned the shekels that kept the household humming. That was the norm back then. How many families like this do you know today? Almost none.

The reason for this sea change is that it’s become increasingly difficult to raise a family and manage a household’s finances on the income from just one job. Many households require two income streams, and based on the number of folks moonlighting, maybe three or four.

Do you think it will be easier 20 years from now? With globalization siphoning more jobs? With gargantuan populations in Brazil, Russia, India, China, and elsewhere clamoring for a slice of the pie long gorged upon by Americans? Assuming it will makes as much sense as seeking out Charlie Sheen for sage career guidance.

You don’t have a chance, unless…

There’s a silver lining in this reverse American dream. If folks stop assuming things can’t get worse, and that they’ll fund retirement by plucking dollars off trees, and that they can finance their kids’ educations by starting saving in the kids’ junior years of high school, and that they’re all entitled to a chicken in every pot and a Lexus SUV in every garage, then maybe we’ll all do a better job of shepherding our money.

And if we don’t? As Larry Bird used to tell the lesser lights that he matched up against on the NBA hardwoods, “You don’t have a chance.” Not when you consider how much higher health care, energy, food, tuition, transportation, and other life expenses are likely to balloon, especially when compared to our ability to pull down greenbacks.

So I hereby call for a new mindset to take hold and sweep the nation. Rather than embracing “keeping up with the Joneses” as our approach to consumerism, let’s try instead a mantra that might be called “Keeping up with the Buffetts.”

I’m not urging folks to try to out-earn Warren Buffett, a guy who’s commandeered every fifth dollar on the planet. Instead, I’m beseeching them to consider that almost as well known as Mr. B’s wealth is his apparent delight in living below his means.

Years after he’d earned the right to move to Park Avenue, he went on living in non-glitzy Nebraska. Long after he could afford a custom-built Taj Mahal, he stayed in the unassuming domicile that he purchased 35 years ago. Some say he’s been known to motor around his hometown in a sumptuous Chevy Cavalier. Maybe he even does anniversaries with his wife in a cozy, romantic booth at Old Country Buffet.

I maintain that we could all be a bit more like the Omaha Oracle without killing our consumer-driven economy. This doesn’t mean you have to give up your comfortable four-bedroom house for a lean-to under a viaduct, or that you need to scavenge for meals in dumpsters. You don’t have to make the Salvation Army thrift store you go-to spot for business suits, either.

But rather than crowing about landing that garage-door-sized big screen TV, maybe folks could boast about finding the best rates on CDs. Rather than trying to one-up each other with the latest combo cell phone-Swiss army knife, maybe they could flaunt the fact that they’ve learned how to save on life insurance, how to save on car insurance, or that they’re up on the latest mortgage or best savings account rates.

In pro sports, it’s said that the best trade is sometimes the one not made. Just as the best top-of-the-line, super luxury stainless steel kitchen range is the one not bought by someone whose culinary skills have never progressed much beyond making toast. Do yourself a favor, and starting living below your means.

12 Responses to “Keeping Up With the Buffetts”