A reader named Vivian recently wrote in to ask if it’s okay for people with variable incomes to tap into their emergency fund during anticipated slowdowns:

My husband is a landscaper. During the winter his work gets a little slack. Does that mean that we can tap into our emergency fund to help cover our expenses or should we open a separate account just for this situation? 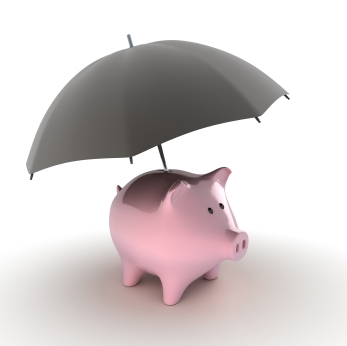 In some ways, this is an issue of semantics – how exactly do you define your emergency fund? To me, a seasonal slowdown does not qualify as an emergency. Rather, it’s a predictable hiccup in your income stream, and it’s best addressed through proper budgeting.

If you’re looking for a bank that makes this really easy, you should check out ING Direct, as they make it very easy to create subaccounts for this sort of thing.

Smoothing out your income

In order to smooth out the peaks and valleys throughout the year, I would recommend adding up your annual expenses. Next, compare that number to your annual income.

If you’re spending more than you earn, that problem needs to be addressed first. Perhaps you’re a bit looser with your spending during the good times, or maybe you need to reign things in throughout the year. Whatever the problem, you need to make sure you’re living within (if not below) your means.

This sort of smoothing can most easily be achieved by directing all income into the income-smoothing account. Then, on a monthly basis, transfer out a “salary” to your regular checking account to cover your expenses (don’t forget about retirement investing, emergency savings, and so on).

The ultimate effect here will be for you to build up a cushion during the good months that you can tap into during the bad months. By keeping this account separate from your actual emergency fund, you won’t be tempted to draw down the latter when things get tight.

I grew up in a situation somewhat similar to what Vivian described. My dad was a school teacher and was therefore only paid for nine months out of the year, and my mom stayed home with the kids. While the school district gave them the option of spreading my dad’s salary out into twelve equal checks, my parents never did this.

Instead, they took his pay over nine months and then simply saved a portion of each check to cover the summer months. Doing this allowed them to get their hands on the money sooner and to earn a bit of additional interest while still covering the lean months.

As far as I know, they didn’t have separate savings accounts for smoothing things out, they just had a lot of discipline. Adding a dedicated account for this purpose makes it much easier to keep track of where things stand, though, and should greatly increase your likelihood of success.