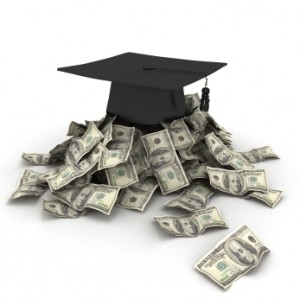 No one can argue that college costs have become exorbitant. Even during the recent recession, schools continued increasing tuition. Student loan repayments are thus taking even longer to pay off, as college graduates are having trouble finding a decent job, or any job at all.

Amidst this gloom and doom, there is some positive news. President Obama seeks to accelerate changes to Income-Based Repayment, a student loan repayment program available for many federally-guaranteed student loans.

Geared for low-income families, the unemployed, and people with lower-paying, public service jobs in education or non-profit organizations, this program caps monthly payoff amounts at affordable levels relative to your income, family size, and the state in which you reside.

Currently, the IBR program forgives debt still owed after 25 years of consistent repayment, and caps payments at 15 percent of discretionary income. Under the President’s proposal, students who took out their first loan during or after 2008 and opened at least one additional loan during or after 2012 will see the cap drop to 10 percent and the forgiveness period reduced to 20 years.

This change would not only expand the number of people who are eligible for this program, but also make it even more useful to qualifying students. Is this a program that will benefit you? Here’s what you need to know.

Who is eligible for IBR?

This program is available to federal student loan borrowers in both the Direct and Guaranteed (FEEL) loan programs, and covers most student loans, with the exception of those made to parents.

How are payment amounts determined under IBR?

This program uses a sliding scale to determine how much students can afford to pay. For example, if you have a family income of $40, 000/year with four family members, you would pay 2.4% of your income towards student loans. That amount jumps to 8.9% if your household has only one family member.

If your income is $100, 000/year and you have a family of four, you would pay 10% of your family income versus 12.5% if you were in a single-person household. Under this program, you are required to submit updated income documentation each year.

Obviously, the repayment amount will increase if your income rises.

What about interest under this program?

IBR typically extends the loan’s term, so be prepared to pay more interest than you would with a traditional 10-year payoff period. You should also be aware that, in some cases, the IBR payments may not cover the interest on your loans.

If this is the case, the government will pay interest on Subsidized Stafford Loans for your first three years in the IBR program. After this period, and for other loan types, interest is added to the total amount owed. Keep in mind that loan amounts still owed after 25 years of qualifying payments (or 20 years when the President’s IBR changes are implemented), are automatically forgiven.

What are IBR’s qualifying payments?

According to the Department of Education, payments that count toward IBR’s forgiveness period include payments made in the Income Contingent Repayment (ICR) plan before July 1, 2009; all payments made on or after July 1, 2009 in the IBR, ICR, and Standard 10-year Repayment plans; if your income is at or below 150% of the poverty level and you have calculated a payment of zero in IBR or ICR; and periods on or after July 1, 2009 if you have been granted an economic hardship deferment.

What are the advantages of IBR?

Not only will monthly payment amounts be less under IBR than under a 10-year standard repayment plan, but the government will pay your unpaid accrued interest on Subsidized Stafford Loans for up to three consecutive years from the date you began repaying your IBR loan.

In addition to having your loan forgiven after a period of time, if you work in public service, the IBR payments will count toward the required monthly payments for you to receive loan forgiveness through the Public Service Loan Forgiveness Program.

What are the disadvantages of IBR?

It’s important to note that you may pay more interest under this program, since it typically extends your repayment period. Also, you are required to submit annual documentation about your income and family size to qualify. If you don’t provide this, annual payment amounts will change to a 10-year standard repayment plan based on the amount you owed when you began repaying under IBR.

Your student loan servicer can provide additional information about IBR, including whether you qualify and how to apply.