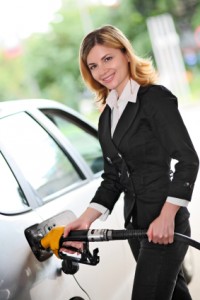 Today is Memorial Day. In addition to be an important American holiday, Memorial Day also marks the traditional start of the summer driving season in the United States. I thus thought it would be worth taking another look at gas prices.

While gas prices usually jump over Memorial Day weekend and then continue increasing into the summer, the past month has seen steadily declining gas prices. In fact, gas prices topped out at a national average of $3.92/gallon back in April and have since slipped to $3.68/gallon.

Remember when people were worried about paying as much as $5/gallon (or more) for gas? Yeah, me too.

Those fears were largely driven by saber-rattling in the Middle East and concern that rising tensions with Iran could choke off supplies. But a weak global economy has reduced demand and prices have fallen while domestic supplies have risen to their highest levels since 1990.

Despite this (overall) positive news, USA Today is reporting that regional price differences have widened, with prices in some states actually increasing due to refining limitations even though the national averages are declining.

Notably, the West Coast sporting the highest prices in the lower 48 states at $4.34/gallon, with the possibility of reaching all-time highs in the $4.50/gallon range before moderating. In contrast, gas is cheapest in the Deep South (e.g., Columbia, SC is enjoying $3.22/gallon) and prices there could go a good bit lower before all is said and done.

And with that… Have a great Memorial Day.