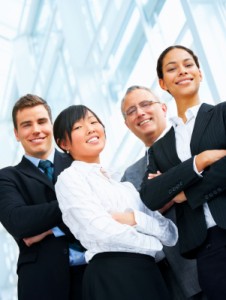 Ever wonder where your earnings stack up vs. those of a typical American? Well, wonder no more… CNN/Money has compiled an interesting set of earnings statistics from BLS data.

For starters, the median weekly income for in the United States for “wage and salary workers” in 2012 was $775. That works out to $40, 300/year. Is that more or less than you expected?

It seems a bit low to me though, after some digging, it appears that CNN is using the data for “16 years or older”, so perhaps we might expect it to be lower than if they had used a higher age cutoff.

It’s also worth noting that this number is for individuals. Median household earnings would be somewhat higher.

What follows are the median weekly earnings sliced and diced in a variety of ways.

Breaking it down by education…

In other words, education really does pay — though it’s worth noting that you can’t really separate the effects of education per se from innate ability (i.e., those who seek out higher education may be more capable [on average] than those who don’t) based on these data.

Breaking it down by industry…

Not terribly surprising, though I have to admit that I wouldn’t have expected construction to beat out sales & office positions. Then again, I’m not sure what all they lump into that “office” category.

And finally, breaking it down by gender and race… For every dollar that a male earns, a female of the same race earns:

This is a rather interesting way of looking at things, though it does mask a lot of things — not the least of which is overall differences between races.

In other words, the gender gap is largest for Asians and smallest for blacks and Hispanics. But that doesn’t tell us anything about how each group fares overall.

Since CNN didn’t report on this aspect, I dug into the BLS data myself — using the 16 years and over data for consistency.

So yes, the gender gap is the greatest for Asians, but they also come out on top in terms of overall earnings.

It would be quite interesting to see the effects of each of these factors when controlling for the others as opposed to broad categorical comparisons. Unfortunately, I don’t have access to the raw data.