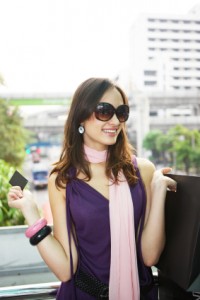 The other day, while chatting with an acquaintance, the topic of the economy came up. We talked a bit about the recent market turbulence, the debt ceiling debacle, the S&P credit downgrade, etc. He lamented that his 401(k) was taking a beating, and that this was coming on the heels of everything they dealt with in recent years.

He didn’t offer details, and I didn’t feel comfortable asking, but they apparently lost their house, at least one car, their boat, etc. He then said something interesting:

“It’s not like we were rich. We were just credit rich. I was young and stupid and made a lot of bad decisions because I thought we could afford that stuff. Turns out I was wrong.”

And in that one simple phrase – credit rich – he summed up what’s at the heart of our economic problems. In terms of both personal finance and government spending, we’ve been relying far too much on borrowed money. You’ve heard over and over that you should spend less than you earn, but many don’t. Even now, after the hard lessons that we’ve learned over the past few years.

It’s very easy to look around yourself and see people living in huge houses, driving fancy cars, and playing with all sorts of cool toys, and to think that you “deserve” the same. But the fact is that you deserve better. You work hard for your money. Don’t use it as a weak foundation for a massive house of (credit) cards.

This isn’t to say that you shouldn’t take out a mortgage to buy a house. We did. And we’ve since paid it off. Credit, when used responsibly, can be a powerful thing. But when it’s used recklessly, it can be even more powerful – in the opposite direction.

Sure, even without over-extending ourselves, our family could afford a larger house, a fancier car, or a nice boat. But we choose not to spend our money on such things, as we’d rather have a paid off mortgage and a growing investment portfolio.

Don’t get me wrong… We still live in a nice neighborhood, we travel, and we have decent cars. But we also try to live by the mantra that good enough is good enough. First and foremost, we take care of our savings and investment goals. Once those things are taken care of, we more or less let the chips fall where they may – but we never finance our purchases, or otherwise spend more than we earn. Ever.

Yes, this is a lot easier than it used to be, as our household income has risen over the years, and we have more leeway than we used to. But even when you’re just starting out, it is possible. Live cheap. Scrimp and save. Build up a small cash cushion to cover any short-term challenges, and don’t ever lose sight of the big picture.

You’ll thank yourself in the long run.

7 Responses to “Are You Credit Rich?”